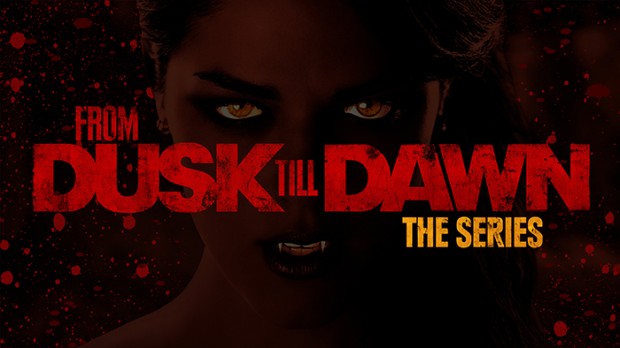 One of the press obligations I looked forward to the most at this year’s New York Comic Con was sitting down with Robert Rodriguez and the cast of the series From Dusk Till Dawn. I remember when Rodriguez’s El Rey Network was announced as well as the series based off the 1996 movie starring George Clooney and Quentin Tarantino. I was very interested in seeing how this would play out but unfortunately I didn’t get the El Rey Network (Hi Verizon FIOS, I need you to get on this). Netflix added Season 1 of From Dusk Till Dawn and it’s been sitting in my Netflix List for months. When I got the email about the opportunity, I rushed to Netflix hoping that the series was still available. Luckily it was and I started watching the series. I immediately realized the huge mistake I made in putting off watching this show. Rodriguez has put together an amazing product with an incredible cast to really delve into an expanded mythology for this cult classic.

Diversity is a hot topic in entertainment these days with underrepresented minorities demanding recognition for the work they’re doing as well as seeing more content built around their lives and culture. As an African-American, I can confidently say that representation is long overdue. One of the first things you’ll notice about From Dusk Till Dawn is how Rodriguez has built the show around Mexican/Aztec culture. It’s represented in the makeup of the cast to the mythology behind the culebras. But it’s more than just on screen diversity. Rodriguez talks about how diverse the El Ray Network is even behind the scenes as well.  It's a recurring theme we hear all the time. The best way to get the representation we want on TV is to make sure our voices are the ones in the writing rooms or director's chairs. Rodriguez is proud of the fact that not only is he employing these actors but also giving room for others to get behind the camera or in the writers rooms to continue to build up the representation.
[quote]That's really why I picked From Dusk Till Dawn to be the first show to do cause I knew it would have a really multi-ethnic cast and be able to have a predominately diverse writing room and directing room and really move the needle to where representation on prime time on regular network is 2-3% even though you’re 17% of the country, on our network its 60-70%[/quote]

Rodriguez isn’t making things up. The Writers Guild of America West released a report on representation behind the scenes and despite marginal improvements in front of the cameras, its clear there’s still a lot of work that needs to be done. WGAW’s 2015 TV Staffing brief actually showed declines in women and minority writers. What I think networks and studios are missing is that by opening up these writers rooms and executive producer/director positions to minorities, they can tap even more into the diversity market. With shows like Empire and Scandal breaking records, it makes you wonder how much more could be done if diversity was more widespread in all aspects of making TV shows.

In talking with the cast of From Dusk Till Dawn, you can really see how much Rodriguez’s passion for his work as well as the inclusion of Mexican culture and heritage fuels the cast to enjoy the work. The cast could work on a larger network for more money but Rodriguez has created a work environment and product that gives the cast ownership and pride in their work. DJ Cotrona plays Seth Gecko and had this to say:
[quote]
It's just the environment that Robert sets up. He’s one of the godfathers of independent films way back in the 90’s and that spirit still lives on very much in Austin at Troublemaker [Studios] where we shoot the series and the way Robert works. We’re far away from L.A.,  We’re far away from New York, we’re far away from the industry its just familial. The crew we shoot with is primarily the same crew Robert’s been using for the majority of his career. Everybody knows each other they have a working rhythm and speed that is quick. We do everything by instinct. There's no wrong answer and we get ownership, very strong ownership of our characters. Robert really trusts us to come up with the best ideas we have and he protects us and makes it look good. Creatively its the most satisfying job I’ve ever had [/quote]

Happy workers make for a great product and Rodriguez has really created a family atmosphere for From Dusk Till Dawn that has his cast excited about the work they do.

One of the things that really draws you into the first season is how much mythology has been added to  flesh out the story. Most of the first season follows the path of the movie up until the arrival at the Titty Twister Bar. It keeps the audience engaged by exploring depths and dimensions to characters that the movie didn't allow for. One of the most intriguing things is the expanded connection between Richie Gecko and Santánico and how it ties into Mexican/Aztec culture. Having actual historical context to the culebra cult is truly fascinating and brings another level of engagement and intrigue to the audience. Eiza González talked a bit about having to learn about this mythology in school growing up.

From Dusk Till Dawn is a great series. Episode 7 of Season Two just recently aired and I’m working on catching up. We’ll be adding in a review of Season One soon. This is a series that definitely deserves support, particularly from those who talk about supporting networks that put minority creators and content in the forefront.  The El Rey Network is doing great things. If you’re like me and don’t get the Network (Come on Verizon, time to add it), then you can get Season Two on Vudo, Amazon or iTunes. It’s definitely worth it. Stay tune for more clips from interviews at NYCC with the the cast of this series. 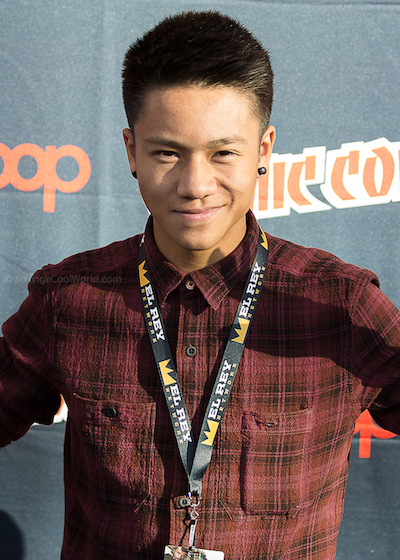 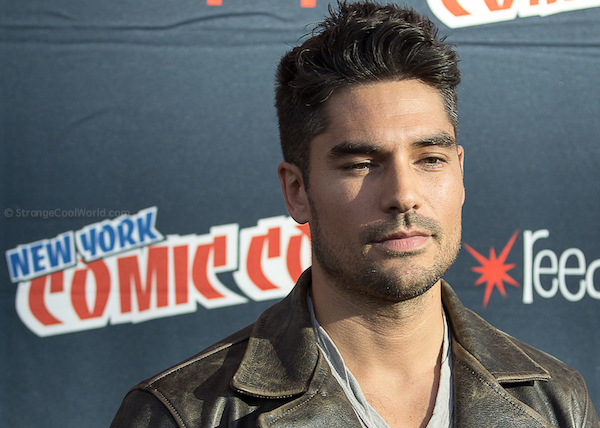 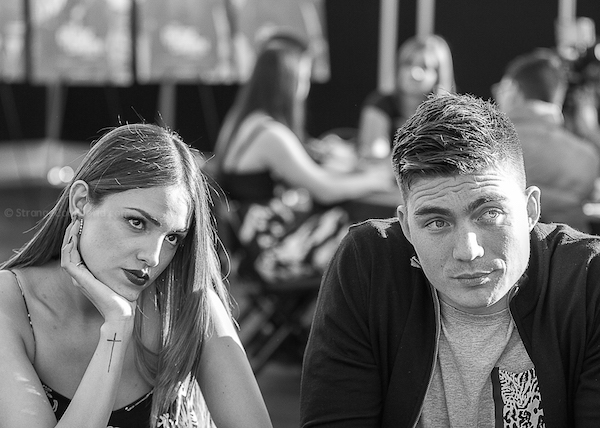 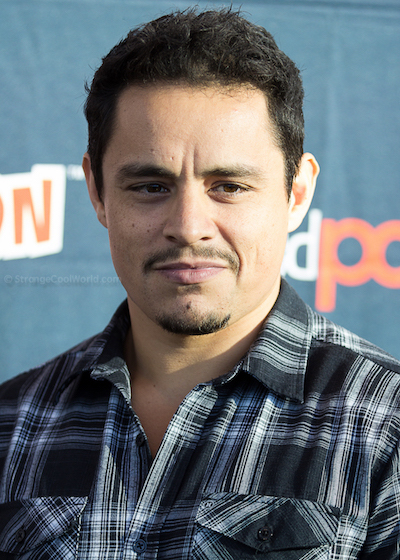 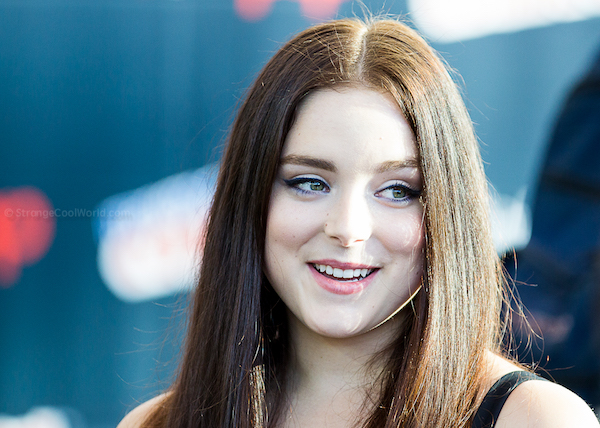 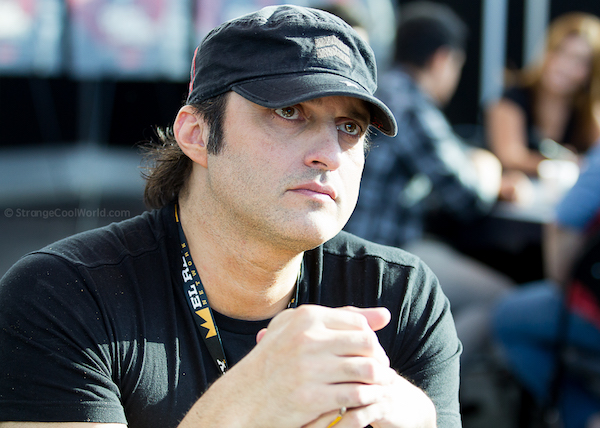