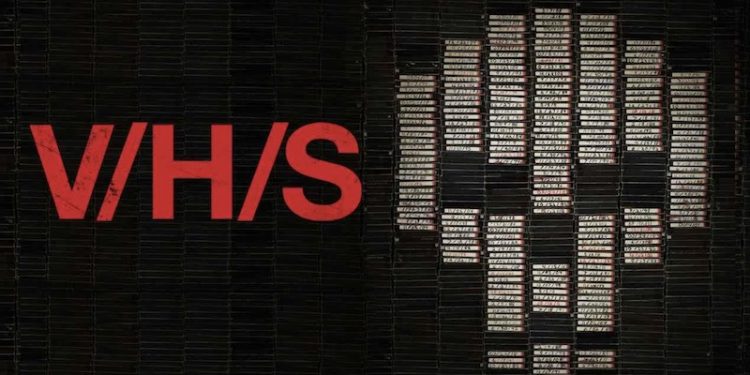 We’re revisiting some “found footage” type films after our disappointment in the film Dashcam that we saw during the Toronto Film Festival 2021. First up on our list is V/H/S 1. V/H/S first released back in 2021.  V/H/S has one of the formulas that work really well for found footage films and that’s to make it an anthology. There are 6 total stories being told here, each with a different director. If you look at some of the directors you’ll recognize some of the names. David Bruckner, for example, directed Amateur Night. Not only did that segment later serve as the inspiration for the feature film Siren, but Bruckner also directed this year’s The Night House and will be directing the next Hellraiser film.

Tape 56 is the overall story being told with a group of criminal assholes trying to find a particular vhs tape in a home. The other stories are found on some of the tapes that they discover in the house. What works for most of these segments is something that is key for a found footage movie: There’s a reason for the camera to be on (and for the audience to see the video). The other thing that works for these stories is that most of them is that the stories are tight enough they can tell everything in a short 15-20 minutes. Tuesday the 17th is the one that struggles with that. Its actually an interesting concept and could have used either more time to develop or a tighter story.