Ready or Not Leans in On the Comedy and Absurdity 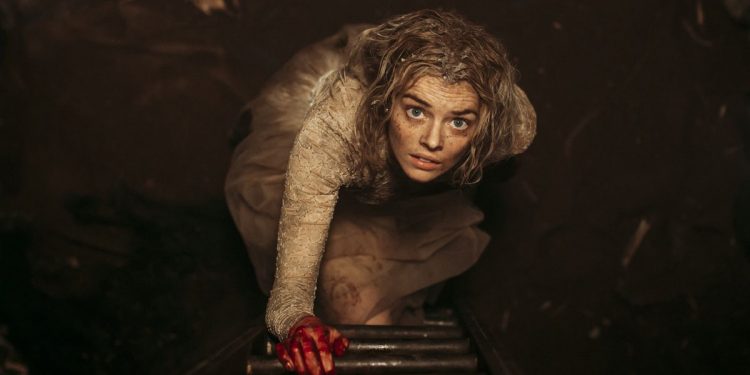 Brandon3
Ro8
Kriss7.5
You're either in or you're out. If you're expecting something more serious and gritty, you'll be disappointed. If you're fine with the silliness, gore and absurdity, you'll love it.
6.2

Ready or Not channels the vibe of 'Clue' more than 'You're Next'. The posters and TV spots for this film may lead you down the path of thinking Samara Weaving's character is go full survivalist badass on her new murderous in-laws but that's just not the case. Ready or Not leans heavily into the ridiculousness of the plot and characters. Nickey Guadagni's Aunt Helene and Henry Czerny's Tony Le Domas are both hilariously absurd. Brian Tyler's score is equally absurd. The score will signal a supremely epic moment while the scene itself is extremely mundane. It's something that if you get the joke, you'll enjoy but if you're expecting something more serious, it will drive you crazy.

Ro and Kriss really enjoyed this film. Brandon...not so much. But everyone makes valid points and it really comes down to what kind of film you were expecting. Listen as both sides give their views and decide if Ready or Not is the type of film you want to check out.