Raya and the Last Dragon is Another Winner for Disney 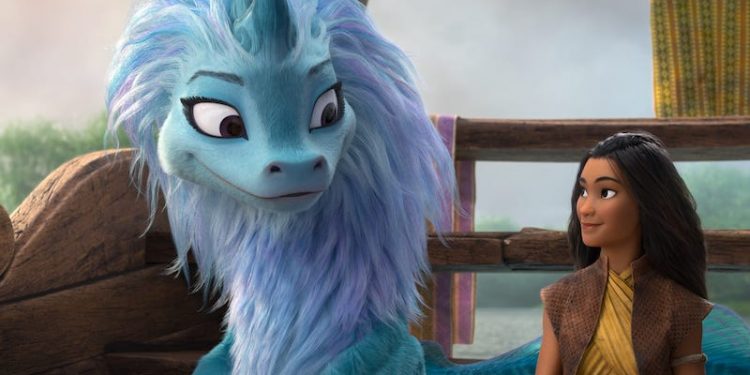 Raya and the Last Dragon is another hit for Disney. There are a lot of things to like about this film but the first thing that will catch everyone's eye will obviously be the visuals. Disney really isn't playing fair on the animation side when it comes to piecing together very real-like animations. For their first Southeast Asian animated feature, Disney went super vibrant with the colors and a world that really pulls you in from the beginning. The character animations are smooth and very life-like. This makes the fight scenes between characters pretty intense for an animated film.

Overall the cast works really well. Awkwafina voices the dragon Sisu and while she can be hit or miss for some people, works really well in this role. Also it's great that Kelly Marie Tran can officially be called a Disney princess for her lead role as Raya. The entire cast does a great job together and help bring these characters to life. The only real downside to any of this is the lack of actual Southeast Asian representation in the cast. For a film that is as good as this, it really is an unfortunate oversight on the Disney side and I hope Disney looks to do better in their future films.

Kids are obviously going to love Raya and the Last Dragon. It has dragons in it. But what about the adults? Well, this is another animated film that sits perfectly as an entertaining film for kids while being an enjoyable satisfaction for adults as well. Sitting at just under 2 hours, this is a rather long animated feature but doesn't feel like it. Sure, it's a bit heavy handed on the messaging but aren't all Disney films? It also keeps the long Disney tradition of hitting the audience in the gut emotionally early and often. Let's just say, Disney hasn't met a parent they haven't wanted to kill or separate from their child. Someone there clearly needs a hug.

Raya and the Last Dragon is definitely a film to check out. Disney clearly saw some promising numbers with the release of Mulan on their Disney+ premium since they're also releasing this film there as well (as well as theaters that can be open). Considering the runtime, its probably definitely worth it if you have kids and need a couple hours of time to yourself.