Raising Dion Fails to Live Up to Its Potential and Promise 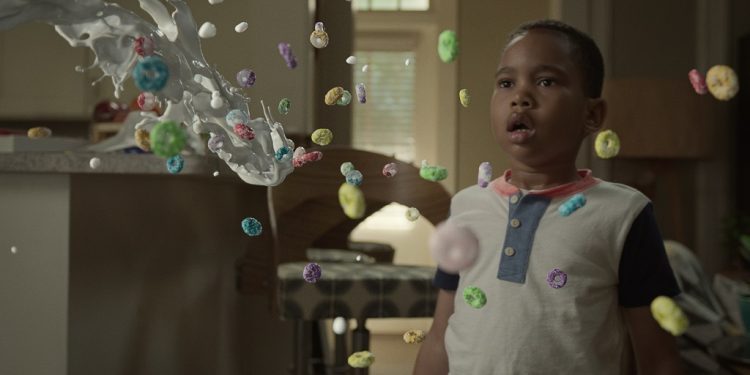 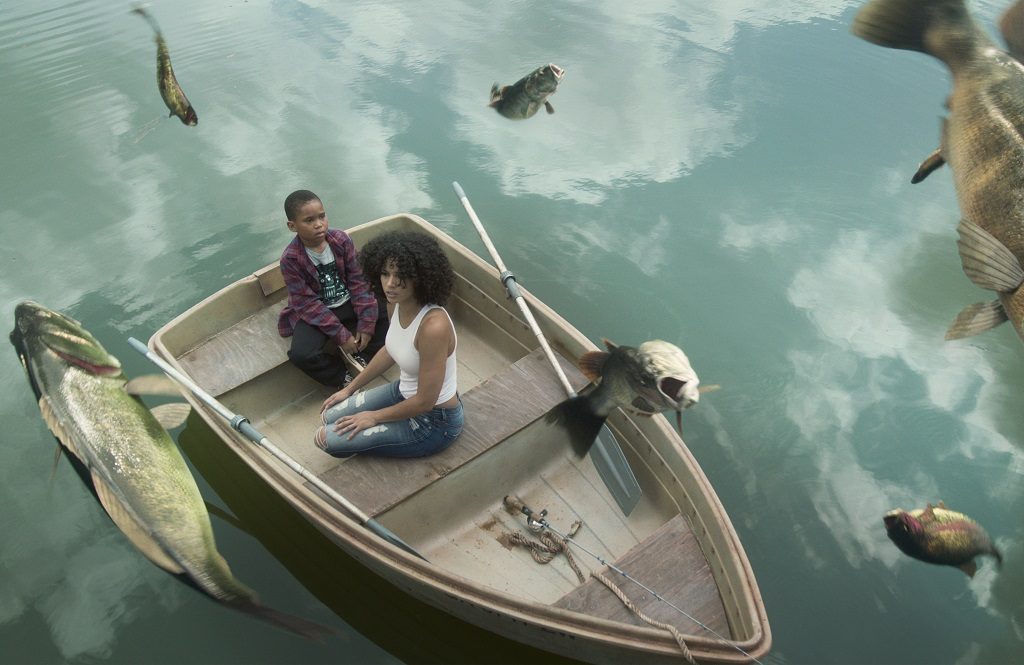 Raising Dion is based off of a comic series by Dennis Liu and a short film both by the same name. Netflix signed up to turn the comic/short film into a series while Michael B Jordan signed on to be an executive producer and here we are. Nicole Warren (Alisha Wainwright) is a single black mother struggling to juggle her own career and raise her son Dion (Ja’Siah Young) after the tragic death of her husband and Dion’s father, Mark (Michael B Jordan). Adding to the every day complications of being a single black mother is the realization that Dion has developed super powers. With the help of Pat (Jason Ritter), a close family friend, Nicole and Dion work to not only get a handle on Dion’s growing powers but also avoid a confrontation with a super powered villain named ’The Crooked Man’ who may not only be the key to Dion’s powers but linked to Mark’s work.

Now the most obvious answer to who the audience is for Raising Dion would probably be that it is for kids. The show after all is about a young black boy who discovers he has powers. As a former child myself (I know…that was a thing at one point in my history), I can relate to the dream of one day waking up to discover I can move objects with my mind or teleport like some of my favorite comic book characters. In that respect, it’s easy to see the appeal for kids. Dion is a young boy who lost his father and is stuck in a new school struggling to make friend. His only real friend is Esperanza (Sammi Haney), a young girl wise beyond her age who is confined to a wheelchair. Esperanza and Dion bond over being the “invisible” kids in the school who are constantly overlooked. Esperanza is probably the best character on the show (She definitely has some of the best lines) due to the character’s identity as a disabled young girl being integral in who her character is. She’s both very aware of how the outside world views her but at the same time doesn’t let any of that stop her from living her life and being friends with Dion. 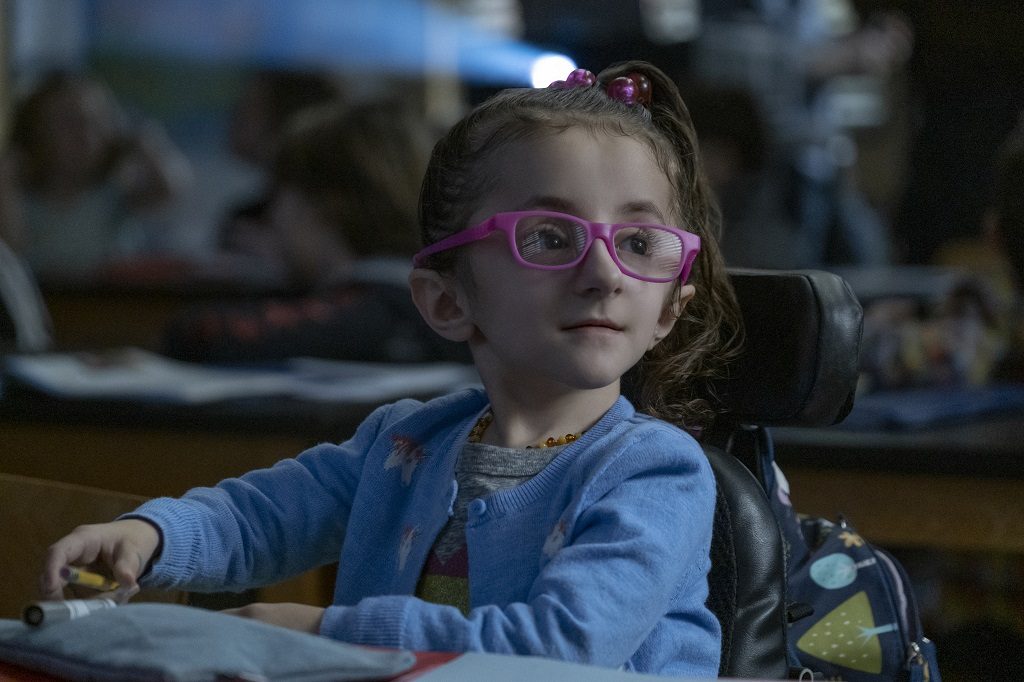 On the flip side, a very strong argument could be made that the target audience for this film is adults, particularly black women. The initial drive and interest in Raising Dion seemed to be the intrigue of a story about a single black mother trying to raise her son who she discovers has super powers. That’s a story that’s ripe for the telling and intersects with several elements of identity that could lead to a powerful story. Most of the evidence points to this being the focus of this series. If you were to calculate out screen time, Nicole’s time on screen is probably greater than Dion. More time is spent  attempting to flesh out her character, which overall comes as a detriment to fleshing out Dion and his young friends/rivals. This is why while watching the film I mostly settled on the target audience being more older with black women being a probable target. Yet despite having more screen time and focus, the story and character development around Nicole is also the weakest.

If Raising Dion is supposed to show the strength of black women through the unique struggles they face, then it fails on multiple fronts. It’s not the fault of Alisha Wainwright who does the best she can with the scripts she was given. It’s not her fault that any character growth for Nicole is quickly dumped and discarded any time the plot needs it. After an early scene in the first episode when Nicole meets some friends (including a character you spend way too long not realizing is her sister), Nicole for the most part is abandoned by her support system. We don’t really get answers as to why she’s raising Dion alone with no support from her family (outside of her sister) or even Mark's. As mentioned before it takes entirely too long to realize that Nicole and Kat are blood related. I’m sorry but if you spend any amount of time around black people then you know that a young black kid calling a woman “Auntie” does not mean that woman is his actual aunt. But the show doesn’t spell that out until it’s too late which leaves out important context for the relationship between Kat and Nicole. Initially when seeing the interactions between the two I felt like Kat was a TERRIBLE friend but upon finding out she’s actually Nicole’s sister, that bit of context reshapes the relationship into something that makes a little more sense. Raising Dion constantly drops the ball on small details like this. Dana Gourrier plays Tessa, another single black woman raising an older son who moves in across the hall from Nicole and Dion. At times it feel like Tessa is completely out of place. I spent most of the series thinking she was some kind of undercover spy trying to get information on Nicole and Dion because she’s not really used for much even though there’s clearly an avenue to explore with them both being single black mothers raising young black boys. The series doesn’t even give us that conversation. Just a simple “I know you” from Tessa to which I replied back to the screen “at least one of us does”.
Even more egregious though is that at almost every point, the other female characters in the show are asking Nicole when she’s going to date someone and move on from Mark. I didn't want to believe that the writers were somehow suggesting that the real issue Nicole faces is that she doesn’t have a man in her life. But thanks to a flashback later on in the series, I started to think that was exactly the message they’re trying to send. The flashback shows us that Mark and Nicole met when Nicole showed up late to her job at the library back when they were both in college. Nicole is depicted as almost stereotypically “ghetto” contrasted to Mark’s studious and well mannered self. We’re left to assume that being with Mark transformed Nicole into a more responsible adult which is quite honestly offensive. So without meeting the well mannered and educated man of her dreams, Nicole would have stayed the unfocused? 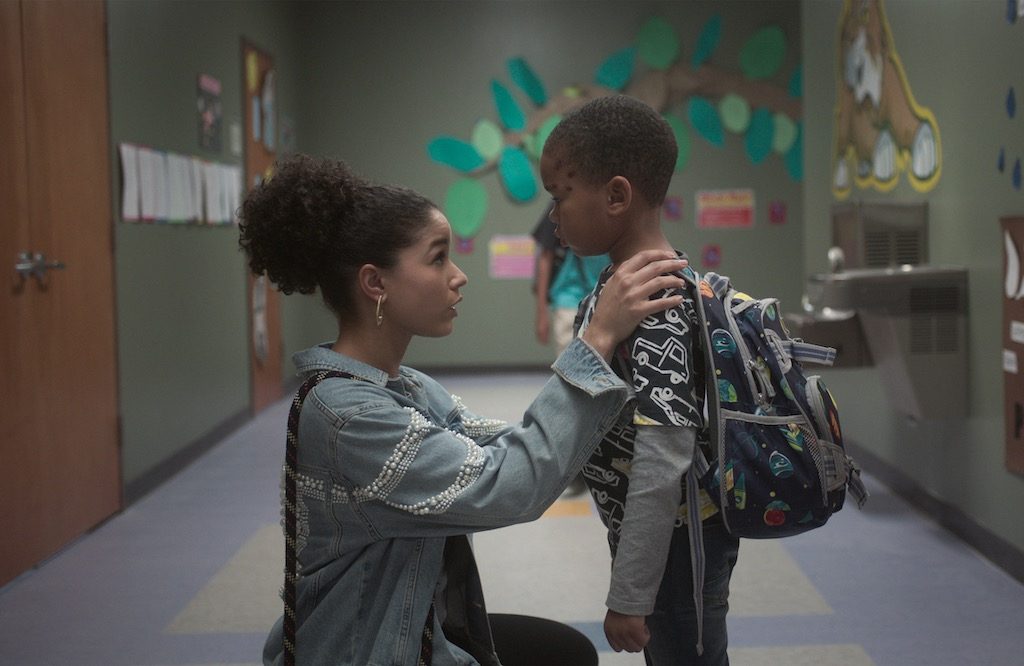 The disappointments of Raising Dion don’t stop there unfortunatey. The initial interest in this story obviously came from it being a story about a black superhero. Original superhero tales specifically about black people are something that are long overdue. The massive commercial success of Black Panther showed just how much demand there are for these stories. With a series like Raising Dion, one would expect blackness to be centered and play a major role in the story. Instead the show feels like it wasn’t written by black people but instead written by someone who has peripheral knowledge of black people. It hits certain topics and beats but only on the surface with a sledgehammer, not with the intricacy of a scalpel. It takes about 3 episodes to finally get a mention of racism and potential discrimination but it’s handled so clumsily its infuriating. It’s as if the writers shoehorned the moment in after they realized they hadn’t put any mention of it in. Dion experiences a moment of discrimination by his white principal, Nicole gets frustrated by it and has the “talk” with Dion later on in the episode. After that…nothing. It never really comes up again. This is where the frustration of not knowing the target audience comes in. If this is truly a series for young kids (7 and younger) then I get maybe not going all in on this topic. I don’t agree with it, as kids today are more aware of the world around them and black parents in particularly are having “The Talk” with their kids at younger and younger ages. But I can at least see where that decision to not lean too heavily into that would come from. However, if the target audience is adults, particularly black women, the flippancy in which this situation is handled is unforgivable.

By the end of the nine episode season, where I'm supposed to feel a combination of triumph and maybe wonder over the clear teaser for a future season, all I felt was disappointment. Much like Dion’s expanding powers, Raising Dion has so much potential. Unfortunately that potential ends up being wasted due to bad dialogue, disjointed plot points and an almost disrespectfully lazy approach to handling the elements that were the driving force behind the interest of the show. The only hope I have is that maybe this was just a rushed pilot seasons to get something out to audiences in the hopes that it would catch on and subsequent seasons will give the depth the show deserves. The elements are there and the potential is high for not just a good series but a great one. Unfortunately season 1 of Raising Dion just doesn’t meet the bar.

For MTR Premium members, listen to Ro and Kriss discuss in more (spoilery) details their issues with season 1 of Raising Dion.