Queen & Slim is a Good Film with Questionable Script Choices 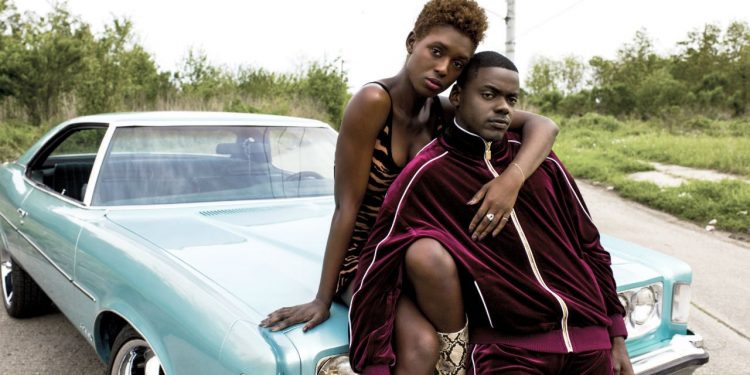 No matter how you feel bout Queen & Slim after watching it, one thing is perfectly clear: It is undoubtedly a Black film. It is a film. Some will erroneously call Queen & Slim the “Black Bonnie & Clyde” and no matter how i feel about this film, that’s just insulting. Bonnie & Clyde were criminals who were proud to be criminals. In Queen & Slim, Jodie Turner-Smith and Daniel Kaluuya play two regular black people who end up on the run after killing a racist cop who tries to kill them. There’s a big difference there.

Melina Matsoukas directorial debut in film is overall pretty damn good. Jodie Turner-Smith and Daniel Kaluuya have fantastic chemistry together throughout the entire film. Bokeem Woodbine is a scene stealer as Uncle Earl. For most of this film, everything is clicking on all cylinders. The cast. The cinematography. The blackness and feeling of black people looking out for each other. There’s a good mix of seriousness and humor. Where my issue with this film lies is in a few choices the script goes starting in the middle of the film. It’s impossible to really go into details on why they took me out of this film without spoiling it (Premium members can check back here for an audio spoiler review in a couple of days). But they were choices that completely took me out of the film. Which is sad because up to those points, I was enjoying this film. The dialogue between Turner-Smith and Kaluuya feels genuine and real, just like two individuals who just met but are thrown into an impossible situation together.
Outside of the issues I had with some places the story goes, I can also admit that I’ve grown a bit tired of films that rely heavily on showing just how little my life as a black person in America means. Now don’t get me wrong, there is a huge difference between a film like Queen & Slim that is both directed and written by black people and a film like Detroit. I feel more love and care was put into Queen & Slim to make sure the abuse and suffering of black people wasn’t the only thing audiences came away with. But in the end, it's still film about how tragic it is to be black in America. And I’m growing tired of seeing these films.
I’m saying all that to say, my enjoyment of this film (or rather the lack thereof) probably has more to do with the mindset I’m currently in. You can listen to our audio review and hear Joi talk more positively about this film. I believe more people will fall on the side of Joi than with myself or Brandon and that’s okay. While we all may not agree on the outcome of the film and how we feel overall about it, we can agree it's a film folks will be talking about.

*UPDATE* The Queen & Slim spoiler review with Kriss, Brandon and Joi is now up on the Premium feed. From now until 12/12, there is a 20% discount on MTR Premium subscriptions. Use the code "MTRBLACKFRIDAY2019".