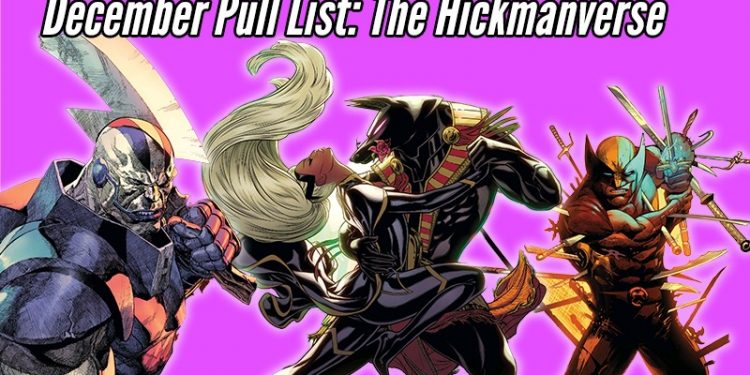 We're cutting it close but we're squeezing in a final Character Corner/Pull List episode of 2020. This has been a long, stressful year that's disrupted our  normal schedule but we didn't want to close out the year without one more episode. Plus, despite everything going on, it's actually been a really great year for comics. There's good stuff all around. Kriss has finally jumped into the Power Rangers books that Dpalm recommended and he really has been enjoying reading them. On the DC side, Scott Snyder's Dark Knights: Death Metal is coming close to an end and it's really good. As we've mentioned before, Death Metal has been a really good commentary on DC in trying to clean up the mess of their multiverse and their history of erasing their history. Hopefully they'll keep it up after this is all over. Oh and Tom King is back to wrap up his Batman/Catwoman story.

On the Marvel side, there's plenty to go around. There's the Star Wars books, particularly Darth Vader and when you couple those with the announcements from LucasFilms and it's all very exciting. Captain America is great, Miles Morales' Ultimatum story has wrapped up and there's plenty more. But the real thing to talk about is what Hickman is doing with the X-Men. Dawn of X has wrapped up with the X of Swords and Hickman once again proves he's playing the long game. As the man who wiped out the Captain Britain Corps, we didn't expect him to be the one to bring it back and then to do it through a X-Men story but that's exactly what he did. We're excited to see what he's going to continue to do with these X-Books and what's coming with Reign of X.

Oh and for 2021, we're getting back to the basics. We'll be kicking off 2021 with a Scarlet Witch and Vision Character Corner to coincide with WandaVision. And we're going to also then do a Comic Book Book Club on Invincible. So stay tuned.