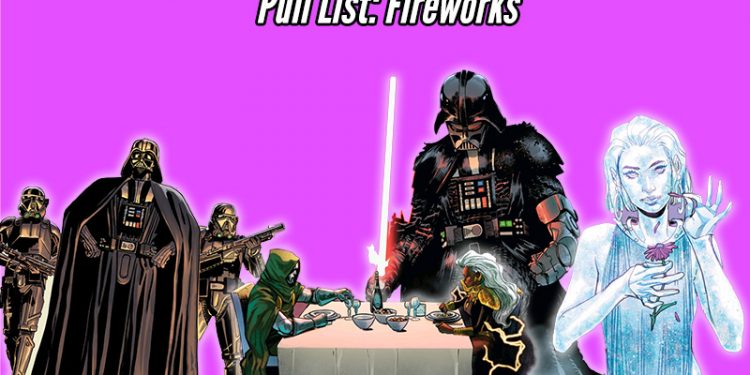 We're finally back with a new Pull List and there's a lot to talk about. We're really in the new Golden Age of comics. The biggest problem is there are just too many good books to read. The X-Men & X-Men related books alone are worth their weight in gold. Seriously guys...we're terraforming planets and claiming them for mutants now? Also Mystique is gonna burn everything down. Everything.

But the X-Men books aren't the only good thing out right now. DC is doing very well moving on with the next stage of DC Comics with some really exciting things coming forward. The Star Wars books are still great. And Coates' run on Captain America ends and it was glorious.

Here are some of the books we talk about on this Pull List (It is by no means an exhaustive list):