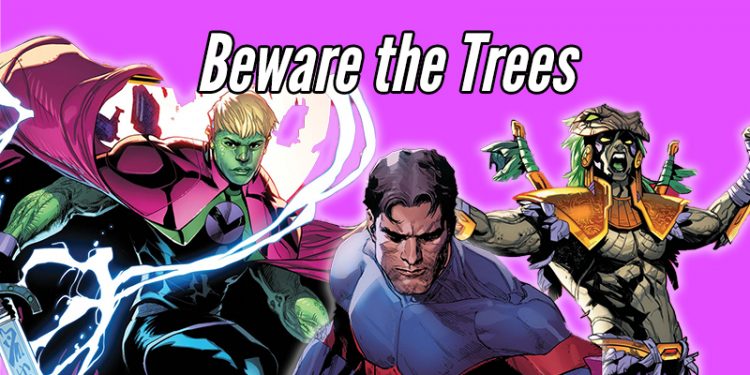 Covid made the release of comics a little wonky. But we're finally getting back to a normal schedule so the Pull List is back. We actually have a lot of books to talk about. One thing we do ask though is...when the hell is Saga coming back? It's been almost two years since we got an issues and it really drives home the fact that when it comes to independent books, nothing is guaranteed...even if it's super popular.

Outside of the big 2, Dpalm sings the praises once again of the Power Ranger books and he might have even convinced Kriss to pick it up. Over at DC, we really need to talk about how great the Flash run of Williamson has been. We know he's coming to the end of his time on the book and of course like everything with Barry, Eobard Thawne is proving why he is the Flash's greatest enemy.

For Marvel, the Star Wars books are still great but the biggest thing right now is the Empyre event that's going on. While it seems to really be an Avengers/Fantastic Four event, X-Men #10 involves Vulcan and ties into Empyre while also setting up for the big X-Men even coming this fall. Also, if you've been reading X-Force then you know there's a lot of similarities between what that team has been dealing with and the Cotati threat in Empyre.