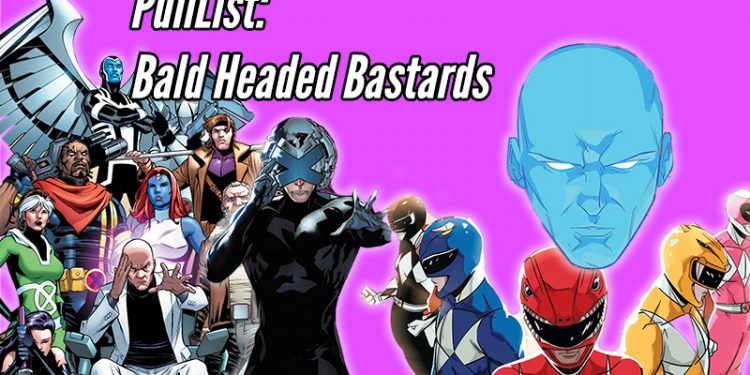 It's the battle of the bald headed bastards (no not Kriss & Dpalm), Zordon and Professor Xavier. Who is more likely to put your kids in a dangerous, life threatening situation? We've determined they're both trash but at least Xavier will shoot you some money on the side after wiping your mind of the fact that you ever had kids. Anyway, we're back with another Pull List. There's plenty to talk about because well...there's just so many good comics to read. Kriss continues to catch up on the Power Rangers books and...they're pretty good. The current Darth Vader book continues the trend of Vader books being fantastic. I  believe Emperor Palpatine still has a few strands of hair left so he doesn't cut for our Battle of the Bald Headed Bastards show down but...what a dick. This current series is really driving home the fact that Vader didn't kill Palpatine in Return of the Jedi to save his son but rather because he was finally getting revenge on the bully who spent DECADES trolling him.

On the Marvel Super Hero side we  break things down by either on "The Island" (Krakoa) or "Off the Island". RIP to your wallet because all the X-Books are great. And then when you add in Captain America, Captain Marvel, Amazing Spider-Man, Daredevil, Immortal Hulk (someone please hug Al Ewing), Eternals and more and well...you're gonna go broke. And DC? Well, they're not slouching off either. With Death Metal over, DC is now working on the future of their universe and we're interested.

AND...Kriss is happy to report that DC Universe Infinite (i.e. DC Unlimited) is actually pretty good. DC finally gave us what we wanted for their digital back catalog and while there is definitely room for improvement, it's miles above what they were offering before. So if you were looking for a way to go and read some of the old DC comics, sign up for DC Universe Infinite and get to reading.