Promos for the Return of ‘The Flash’ & ‘Arrow’ 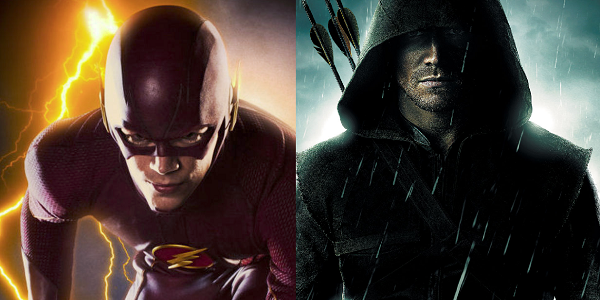 You all know that normally I don't post promos for TV shows but since these promos are for the return of these shows from their winter break, I figured I'd make an exception.  The Flash has surpassed my expectations so far with it's first season.  It's just been a blast to watch them go full comic book with this TV show and I expect it to get even better with Captain Cold and Heatwave teaming up.  The thing that really makes me excited for this show is that they keep giving us signs that Barry is going to get even faster.  Really can't wait to see what they do next.

As for Arrow, this show proves once again that it starts its seasons off kind of slow and disjointed but as the season progresses, everything comes into focus.  With Oliver "dead", we should now get plenty of Roy stepping up as Arsenal as well as Laurel donning the mantle as Black Canary.  January 20th & 21st can't get here soon enough.