Crime,Trauma and ‘The Prison Within’ 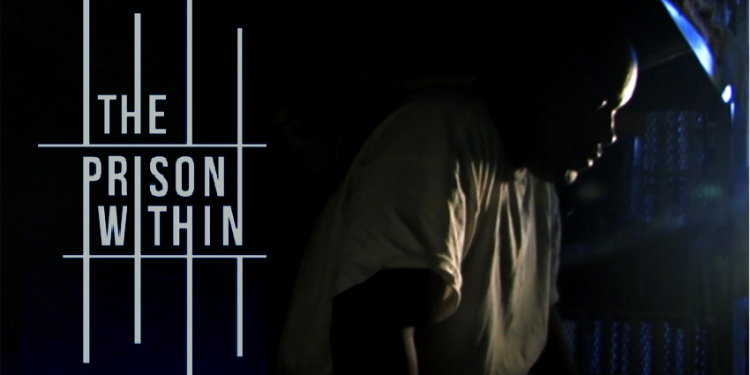 Ro7.5
The Prison Within film is blunt and insightful. It leaves little doubt it's past time to do more than punish the criminal act.
7.5

Narrated by Hill Harper, actor, activist and author of Letters to An Incarcerated Brother, The Prison Within shifts the focus from the criminal offense to what it takes to break criminal cycles.

This documentary tackles the US's mass incarceration problem with a humanizing examination of a restorative justice initiative inside San Quentin. This program considers acknowledgement, ownership, and trauma confrontation the core components of rehabilitation. It’s a mindful investigation of efforts to shift the “us and them” mindset in both prisoners and the non-incarcerated.

Director  Kanterin Hervey chronicles survivors and prisoners sharing their experiences blended with facts and data in order to dig into the connections between trauma, poor choices, and criminality to shape this narrative.

Every participant advocates dealing honestly with the trauma histories that create perpetrators and victims in the first place. By the film's mid-way point, it's harrowingly clear how thin the line between criminal and citizen truly is as Baliga offers perspective-shifting personal examples of how much environment factors play into ending up in prison.

Both victims of crime and perpetrators speak on the impact of Victim Offender Education Group (VOEG), the one-of-a-kind program at San Quentin, has had on their lives. Hervey's unprecedented access allows these intimate confessions and emotional epiphanies to be witnessed by outsiders for the first time. 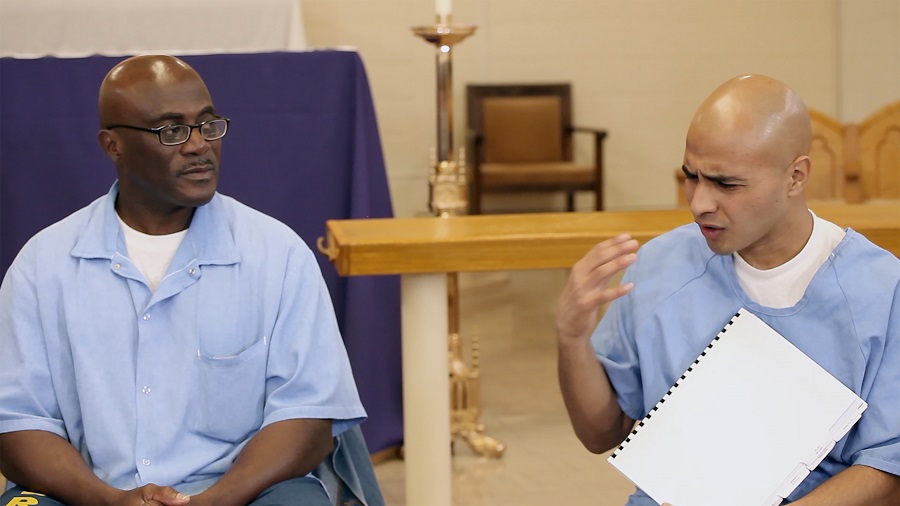 Sam and Eddie in The Prison Within

This documentary asks: why doesn’t society make the same efforts to confront formative trauma with prisoners if it can aid in recovery for both the prisoners and victims? It confronts the lack of interest in actually rehabilitating prisoners.

It's hard to deny that prison walls make it easier to reject the humanity of prisoners despite the fact that study after study, shows merely “warehousing” offenders has the exact opposite effect of crime prevention. This documentary is ultimately a measured, but tough, declaration that the time to repudiate society’s throw-away mentality has come.

It’s a radical concept to consider confronting and exploring a prisoner’s trauma history as something more than giving criminals a chance to make excuses. Restorative justice expert Sujantha Baliga explains the importance of recognizing and treating trauma saying, “These aren’t excuses. These are explanations. And, if we don’t have explanations...we can’t possibly figure out how to make sure that this [crime] doesn’t happen again.

“It hurt that it took coming to prison for something to click.”

This film is blunt and insightful. It leaves little doubt it's past time to do more than punish the criminal act. Nothing changes if shutting prisoner’s away without intensive rehabilitation programs continues. So, watch The Prison Within; then ask yourself the deceptively simple question Troy Williams poses near the end: “Which one [The criminal or the person interested in contributing to society] do you want coming home?” Because eventually, one is.

The Prison Within Trailer

Prisoners incarcerated for murder inside San Quentin Prison transcend the barriers of the punitive prison system by working with victims of violent crime to unearth the root cause of their violence - untreated trauma. Each character undergoes a radical transformation, revealing how every human being, on both sides of the wall, can break free from their own personal prison.

Follow more of our Film Festival Reviews and Coverage on our Press Page Page: https://press.mtrnetwork.net