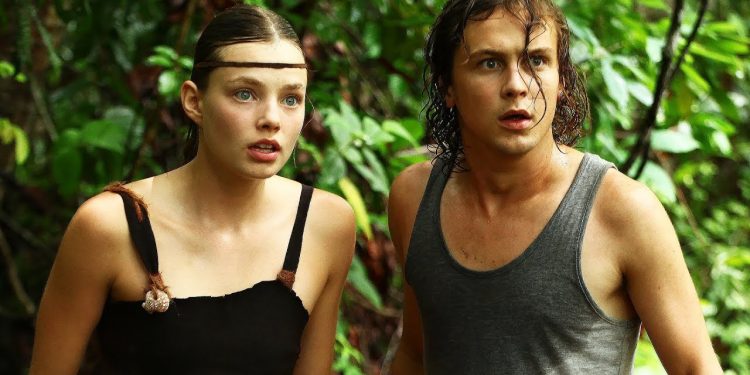 Ro6.5
Kriss6.5
Brandon6
Prey uses darkness and some great transitions to elevate intensity and earn a few legit scares from audiences. But overall it feels a bit hallow due to a predictable plot and rushed story
6.3
There are several things that Prey does well, unfortunately it's not enough to overlook a very predictable plot. Logan Miller plays Toby, a young man who is set on a “character building” trip after his father is murdered by carjackers. Left for 3 days alone on an “uninhabited” island, Toby meets Madeleine, a young girl who grew up on the island with her mother. Madeleine tells Toby that whatever he does, he must hide from her mother cause if her mother finds him, she will kill him. Something evil is on the island and whatever it is has taken Madeleine’s mother and so both Toby and Madeleine must find a way to escape the island.
So first off, leaving a clearly traumatized and unprepared kid on an “uninhabited” island is probably not a good character building exercise. Toby shows some early signs that he’s almost incapable on surviving on his own, so the idea that he is just dropped off an an island somewhere to survive for 3 days sounds a lot like child abandonment and abuse. It’s things like that that hurt Prey. Audiences will find themselves rolling their eyes and muttering “that wouldn’t happen” to themselves. Yet the biggest issue that plagues this film is that it’s entirely too predictable. Audiences have probably seen this type of movie before. For many, after the opening montage that silently explains what happened to Madeleine’s family on the island, the plot “twist” will be immediately known.
Now this isn’t to say that Prey doesn’t do somethings right.The use of darkness to raise the tension of certain scenes is done extremely well. Normally darkness is used to just cover up a lower budget, and while that might be true with Prey it also serves a purpose. There are also some really great transitions with Toby having constant flashbacks to his dad and the men who killed him. Those transitions are used to blend reality and what’s in Toby’s mind very well. Logan Miller and Kristine Forseth do admirable jobs for what they’re given but with an 85 minute runtime, the focus clearly wasn’t on fleshing out characters or plot.
Overall Prey feels a bit empty. There are some great, intense moments but after the credits roll, it’s easily forgettable.
Like what you hear? Subscribe so you don't miss an episode!