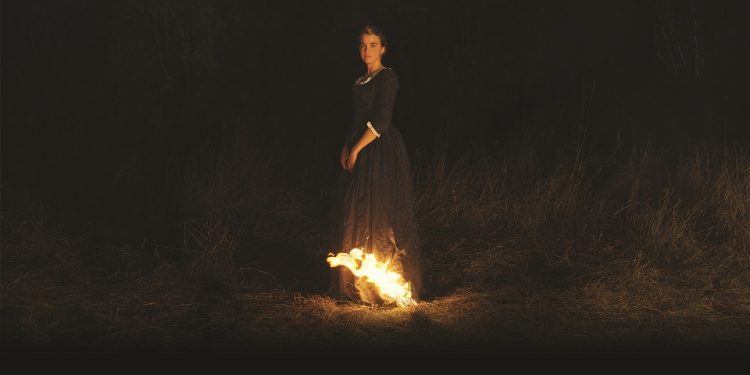 Ro9.5
This unconventional love story, in a time when a woman's life's built around adhering to convention, captivates then challenges everything you think you know about relationships.
9.5

I'm a sucker for a historical romance and patently unafraid of subtitles. So, I built my SDIFF schedule around Gala Feature, Portrait of A Lady on Fire. This unconventional (to some) love story, in a time when a woman's life revolves around adherence to convention, captivates then challenges everything you think you know about love and sacrifice.

Not Just Another Portrait Commission

It's 1760 in Brittany, France. Marianne (Noémie Merlant), a painter who specializes in portraits, accepts a commission to do a potential bride's portrait. An arranged marriage hinges on this image. But there's a problem. The bride, Héloïse (Adèle Haenel), refuses to cooperate. Héloïse never intended to marry. So much so she joined a convent. But after her sister's tragic death, her family removes her from the only home she's ever known to step into her sister's place as bride.

After several failed portrait attempts, Héloïse mother hires Marianne on the condition she act as her daughter's companion in order to observer her long enough to complete a portrait in secret. Dependent on references for her livelihood (and continued independence) Marianne agrees. What starts as strangers thrown together by circumstances evolves into a friendship built on hope and understanding. They share pieces of themselves, all while Marianne studies Héloïse in order to capture her likeness. 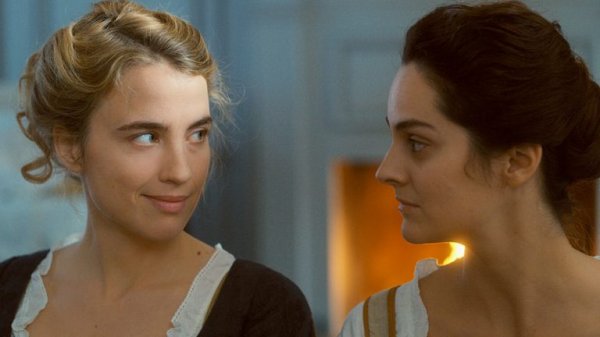 French writer/director Céline Sciamma takes audiences to a cliff-side manor on the coast where intimacy and deep attraction grow out of companionship. Watching Marianne and Héloïse choose to live in the now even as one prepares the way for their separation is spellbinding. But their friendship, starts on a lie. And this is an affair doomed before it's even acknowledged. Claire Mathon's cinematography creates a picturesque palette full of sweeping vistas that create a world apart. Her award-worthy work adds a dreamy intensity to the midtempo pace. 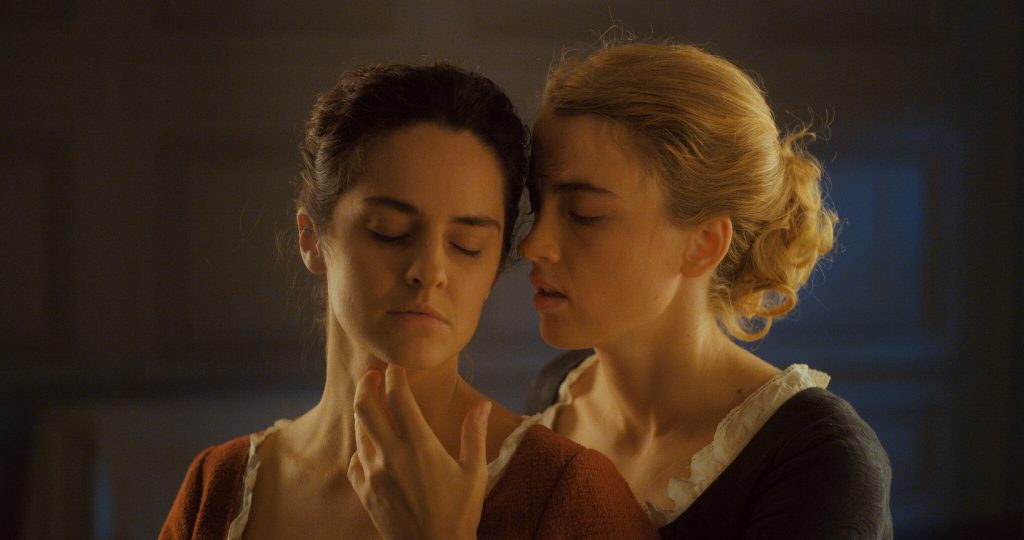 Friendship and the Forbidden

Like any great gothic story, there are dream sequences and prophetic imagery aplenty. This isolated world is the prefect backdrop for exploring how women relate to one another. Beyond the walks that draw Marianne and Héloïse towards one another, there's the developing camaraderie between the two and the housemaid Sophie. The connection and commonality between these women ignores social hierarchy. They come together for support and even in celebration. Portrait of a Lady on Fire never ignores the glaring limits on the lives of women; many that though transformed still exist. so, even as the film explores how they come together, it's never in doubt that the La Comtesse's (Valeria Golino) decision that Héloïse must marry will ultimately tear them apart. This a period piece like no other.

If you walk away from Portrait of a Lady not in your feelings, seek help. This evocative tale of lovers subverts the very idea of "the one that got away" and brings to life a regency world so unabashedly sensual it'll have you wandering museums trying to examining portraits for hidden messages. It upends the very canon for how to portray passion on film.