Plutona Heads to the Screen 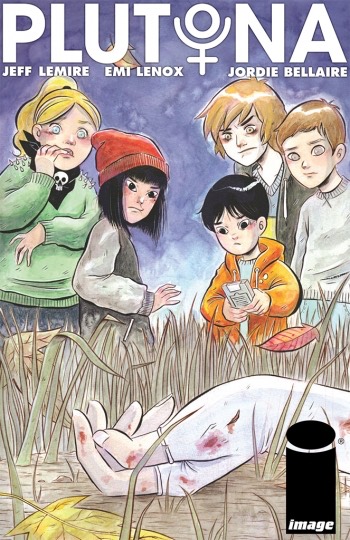 If you haven't already heard about Plutona, a limited series from writer, Jeff Lemire (Green Arrow, The Nobody) and artist Emi Lenox (EmiTown), you're in for a treat. The limited series follows a group of children who find the body of a dead superhero in the woods. It's Stand by Me meets Supergirl and luckily it's been released in trade so you can catch up before it moves to the big screen. The series has been optioned by Waypoint Entertainment's Ken Kao who produced The Nice Guys. We talked to artist Emi Lenox about San Diego Comic Con and she told us about the film deal, her inspiration and the future of the series.