Plot Against America: Less Alt-History Than It Thinks 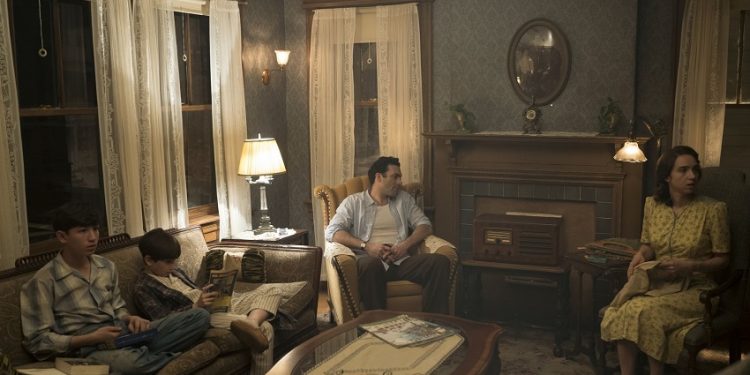 Ro7.5
Plot Against America's so timely it almost feels too late to be properly appreciated. But there's enough intrigue, upheaval, and drama to make up for it.
7.5

Plot Against America Does Dystopian Right

Discussions about disenfranchisement and prejudice in the US frequently shy away from perspectives that amount to walking in someone else’s shoes. People prefer to keep the len centered on their experience. So, when it comes to examining this country's relationship with hatemongering, America has an serious optics problem. Enter HBO’s Plot Against America.

Collaborators David Simon and Ed Burns (The Corner, The Wire) created the six-part limited series for HBO. The pair turn this alt-history story of creeping fascism in America as the world enters World War II into a atmospheric look into a not-so-unbelievable future. Throw in a disembodied narrator in the form of broadcaster, Walter Winchell, to keep the audience oriented and mark the passage of time and you've got the makings of conspiracy theory (or two) come to life.

Sticking to the Source

Based on Philip Roth's 2014 novel, Plot Against America tells the story of a working-class Jewish family living in New Jersey in 1940. US Air mail pilot and national icon Charles Lindbergh wants to be president. He swiftly turns popularity into a political clout with a platform built around keeping the US from entering the war. Lindbergh declares he wants to put America First. His campaign against the sitting president, Franklin D. Roosevelt, pushes an antisemitic antiwar agenda that increasingly normalizes othering people of Jewish decent living in the United State. In this alternate timeline, Lindbergh defeats FDR and ushers in an era of heightened intolerance and open bigotry.

Blending In The Historical

Roth's premise may be historical fiction, but not all the facts are alternative. In the real timeline, Lindbergh and Henry Ford, the Secretary of Interior in this story, both held antisemitic views. So casting them as the Republican push-back to FDR's reforms makes sense, and good television.

The family at the center of all the upheaval, lives in a suburban Jewish neighborhood. Father Herman, (Morgan Spector) is an opinionated insurance salesman - and vocal - supporter of FDR with his son young Philip (Azhy Robertson) and preteen Sandy (Caleb Malis), an art prodigy and his wife Bess (Zoe Kazan). Through them the real impact of the Lindbergh win unfolds. The chemistry between the family members and the building tension in their relationship is unsettling more-so because it's extremely relatable and for many, familiar.

Characters like the power hungry and ambitious Rabbi Lionel Bengelsdorf (John Turturro) who's willingness to align himself with Linbergh and act a surrogate selling assimilation of Jews as patriotic and Bess's selfish sister (Winona Ryder) provide a window into the regime change for those who attempt to find safety in proximal power and sacrificing their own. 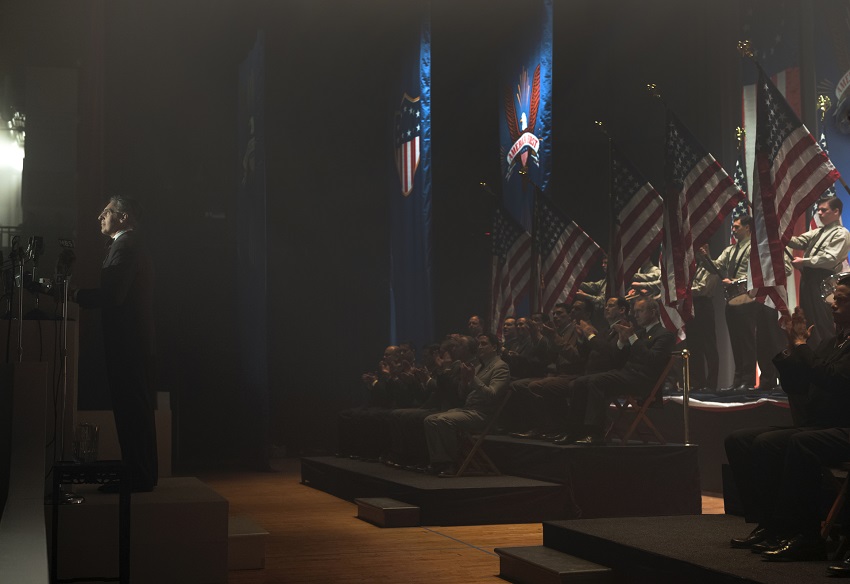 Truth In The Telling

Fight your dystopia fatigue and settle in because these six one-hour episodes will absolutely have you in your feelings. The pace adds a creeping sense of ominousness and pressure to a well thought out story. The fact/truth seeding in this return to the 1940s makes for a bleak outlook that resonates even as it disturbs. You'll find yourself hitting Google because the writing beats are seamless. The fear is palatable and the societal instability pervasive. This is an adaptation so timely that it almost feels too late to be properly appreciated. There is, however, enough intrigue, political upheaval, plots for forced assimilation, betrayal, and family drama to make up for it.

Plot Against America also removes a barrier (for white people) to honest discussions of prejudice and ethnic exclusion, race. Hate in America has peculiar but recognizable patterns. Creating an allegory rooting bias in a religious/ethnic difference rather than race showcases the insidious nature of hate and prejudice in way that's inescapable and undeniable. But, make no mistake, this is a 1940s that won't feel very "alternate" to a single person of color in America.

Premiering tonight, March 16, 2020 on HBO, Plot Against America is definitely one to watch and certain to spark conversation.  We'll definitely be discussing it so stay tuned for the podcast episode where the MTR critics dive in.