Pinocchio is a Disney Remake without a Soul 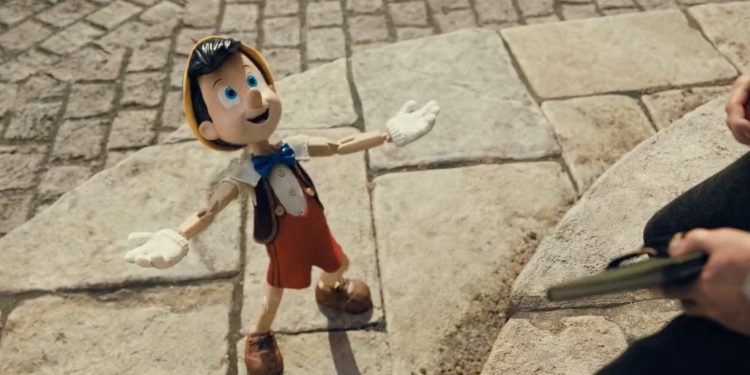 The choices made for this film are puzzling. Why cast Cynthia Erivo as the Blue Fairy and then have her only sing one song at the beginning of the film and then never show up again? Why cast anyone in this cast and then so strictly follow the storyline of the animated film that it makes no sense to go for such a big name? Adults will find themselves wondering why certain actors are in this film and then criminally underused. Another problem is the pace. It feels as if someone held a gun to the head of those writing this screenplay and old them if the story lingered on a plot point or deviated too much from the animated film they would never see their family again. Throughout this entire film it felt as if the point wasn't to connect the audience with the nostalgic feeling of the original but to just check a box to say it was done.

Pinocchio is probably good enough to keep young children entertained for almost 2 hours. That's what warrants a 7 in this review. This is a curved review scale that looks at a kids film and how likely it is to keep your kids distracted enough for you to have some down time. However, if the audience watching this film is older and expecting more out of the cast of the story, then they will be extremely disappointed. One has to wonder if maybe this is one of those films that fell victim to filming during the pandemic with Covid-restrictions. Something just seems off. Disney usually does a better job of ensuring that the magic isn't lost when translating from animation to live-action but Pinocchio is definitely missing something.