Pics of the Batmobile in Dawn of Justice *UPDATED* 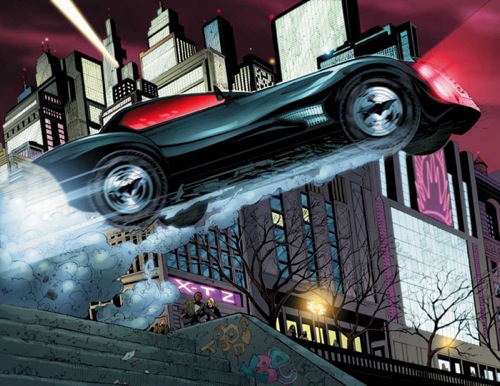 I usually avoid posting set pictures but since we've already gotten a couple of official glimpses of part of the Batmobile I don't mind posting these set images. 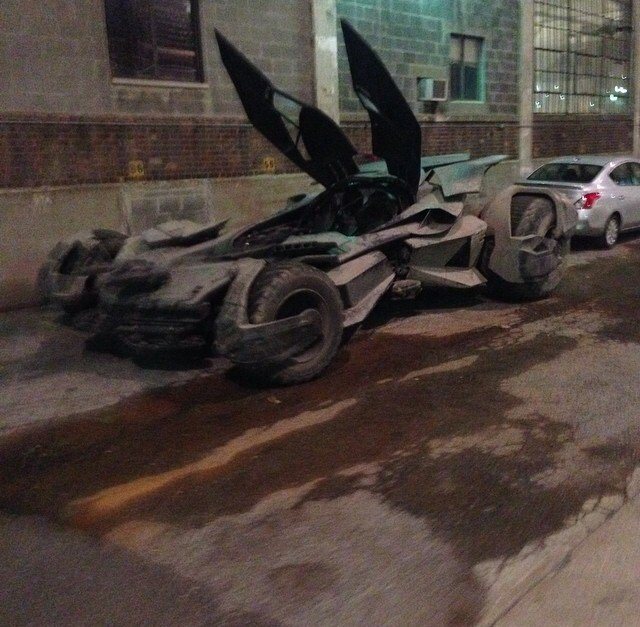 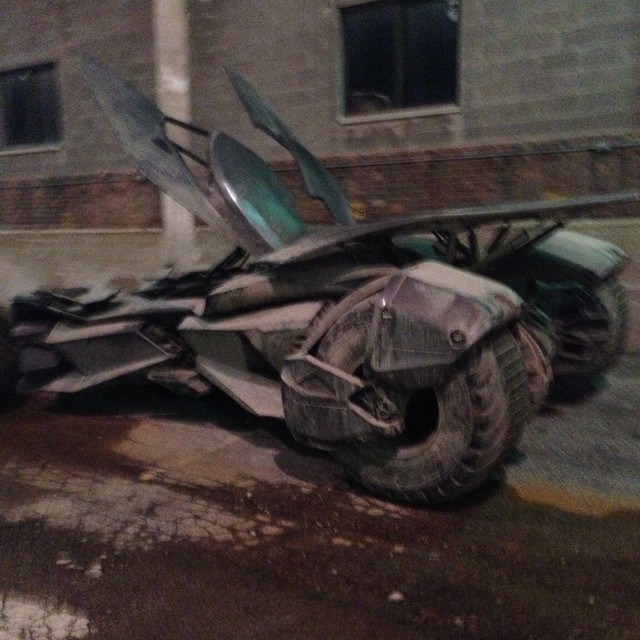 I like what I see.  I honestly think this might be my favorite live action batmobile when its all said and done.  Looks sleek but tough.  It honestly looks like a good compromise between the Burton batmobile and the Nolan Tumbler.  I like the big wheels because functionally,that's exactly what the Batmobile needs to have.  But it still has a sleek, sports car look to it.  Despite all the complaints and the worry from some folks I'm super excited for Batman v. Superman: Dawn of Justice.  I think we're in for something special.

Zach Snyder decided to bless us with an official pic of the Batmobile.  Yeah dawg...Bruce Wayne ain't taking shit from no one....NO ONE: