‘Peninsula’ is a Disappointing Sequel to Train to Busan 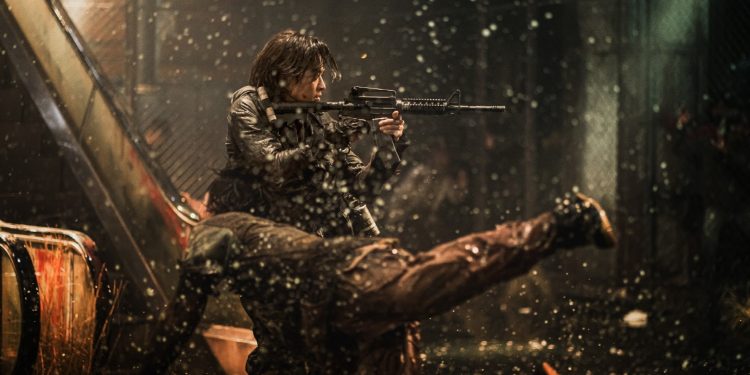 Ro6.5
Kriss6.5
While entertaining, Peninsula feels like an entirely different type of movie than the first film and that's not always a good thing. The zombies are still great and terrifying but Peninsula feels more like it was meant to be an action film to appeal to the west
6.5

Anyone who saw Train to Busan in 2016 (or any time after), was very excited to hear about a sequel to that film. The first film not only had zombies that made the fast zombies from Dawn of the Dead seem like amateurs but there was also a tight, emotional story about survival wrapped in the action. Unfortunately the sequel, Peninsula, leans more into being about action and CGI than being a more grounded, emotional story.

There is definitely an entertaining film here. The zombies are just as terrifying as they were in the original. Feral, contortionist, fast zombies are a fear of everyone and Peninsula doesn't disappoint in that aspect. There's a scene on a boat where an infected is discovered and it's creepy and brutal and terrifying. Had Peninsula kept with that setting,  it would probably have rivaled Train to Busan. Unfortunately that was not the decision made.

Where Peninsula comes up short is the story. This film takes place four years after the first film and sets up the Korean peninsula as being completely isolated from the rest of the world. Apparently the rest of the world was able to contain the virus/infection while leaving South Korea (particularly Busan) completely abandoned to the infected. A compelling story might have really focused on those left behind to survive for 4 years against the zombie hordes, but instead this film focuses on Jung Seok sneaking back into Busan with his brother-in-law in order to smuggle a truck loaded with cash back out for some seedy individuals. The film tries to reconcile this plot with a lukewarm explanation about how Korean survivors of the outbreak living in Hong Kong are treated as second class citizens and that Jung Seok and his brother are desperate to find a way to get out of their current situation. What follows is then a mash up of several other movies from Tokyo Drift to Mad Max to any number of dystopian zombie movies. There's a young girl who probably should be in the next Fast and Furious movie who drifts around corners and runs over zombies (because apparently Toyotos are built to run over zombies with no actual damage to the car). There's also a cadre of ex-military (I think they're ex-military) soldiers that were left behind who now hunt down survivors and pit them against zombies. It's all just convoluted and honestly doesn't feel like Train to Busan at all.

No one can deny that Train to Busan Presents Peninsula is entertaining. It's just a bit disappointing if you were expecting the same quality and impact as Train to Busan. This sequel is sadly easily forgettable.