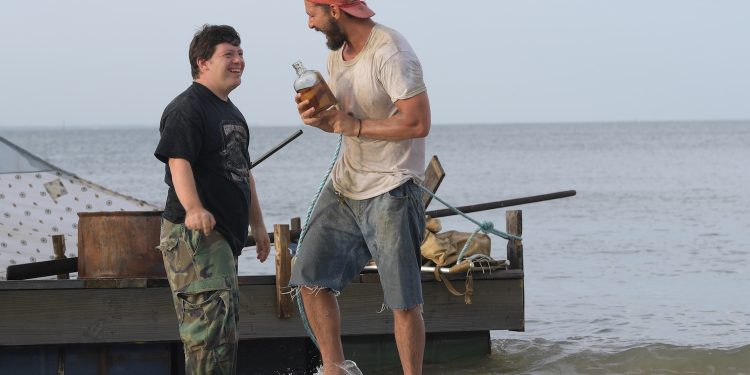 The Peanut Butter Falcon9
Peanut Butter Falcon's a feel-good movie in every sense of the word, driven by stellar performances. But most importantly, we get a hero whose community isn't represented enough in films - and the few times they are, it's stereotypical.
9

“Friends are the family you choose,"  Carl (Bruce Dern) utters in the room he and Zak (Zack Gottsagen) share just before Zak goes on his big adventure. But it also serves as the perfect summation of everything The Peanut Butter Falcon represents. Written and Directed by Tyler Nilson & Michael Schwartz, the story centers Zak, a young man with Down Syndrome, who runs away from a residential nursing home to follow his dream of attending a wrestling school. Framed by earnest performances and strong bonds, the film is a journey highlighting how dreams are limitless.

Zak's idol is Saltwater Redneck (Thomas Haden Church), a glam-rock wrestler who's product of his times. Nonetheless, Zak is determined to head to North Carolina, where the Saltwater Redneck wrestling school is locate . After his escape, he runs into Tyler (Shia LaBeouf) - a down-on-his-luck crab fisherman - who becomes an ally and supporter. Eleanor (Dakota Johnson), a nursing home employee, eventually catches up to them and joins them on their journey. They become an unlikely trio, forging a bond full of love and encouragement.

A Film Full of Adventure and Friendships

Tyler and Zak's relationship is the heart of the film, feeling lived-in and genuine to the point that you forget you're watching two men acting. Gottsagen is a perfect lead, bringing energy and sincerity to his performance. While for LaBeouf, this may be one of his best performances to date. As Tyler, he showcases gruff compassion to Zak while not talking down to him because of his disability. A prime example of this is when Eleanor finds Zak after search for him. Tyler reprimands Eleanor on how she treats Zak, pointing out how she limits him. While Tyler's method is certainly not safe or realistic to maintain, you see Zak bloom under Tyler's wing.

Beyond that, the film in itself is a fun adventure story. Because Tyler is on the run, they have to head to North Carolina the back way. That means swimming through deltas, encountering bizarre characters and staying alert. The looming bad guys surrounding Tyler helps bring tension to the story, breaking up the levity. It also grounds the story in the reality that this journey is dangerous. The scenes are a great blend of high stakes and fun montages that keeps the pacing steady.

Heart of Wandering & Heart of Gold

The Peanut Butter Falcon calls to those who love wanderer stories. Its a feel-good movie in every sense of the word, driven by its stellar performances. But most importantly, we get a hero whose community isn't represented enough in films - and the few times they are, its stereotypical. Zak leads us to the promised land of his dreams: and we're gladly along for the ride.