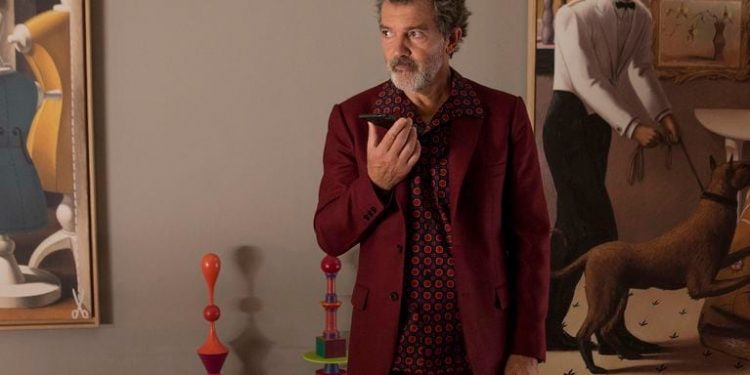 Pedro Almodóvar’s Pain & Glory is a great reminder of the acting chops fo Antonio Banderas. It pains me to think that somewhere out there is an entire group of people who see a picture of Antonio Banderas and thinks “You mean the guy from the Spy Kids movies?”  Banderas is a much more complete and well rounded actor than many give him credit for and reuniting with Almodóvar in Pain & Glory brings out peak Banderas. Playing an aging film director going through a mid-life crisis, Banderas is able to nail the role with both his humor and physicality of an aging man whose body is failing him.
Banderas isn't alone in this film. Asier Etxeandia, Penélope Cruz, Julieta Serrano and others help round out this stellar cast. Etxeandia deserves special mention for his performance as Alberto Crespo, an actor who had a bit of falling out with Banderas' Salvador. The characters end up reconciling with Crespo performing a one-man play based off of stories Salvador wrote about his own life an experiences. While we only gets bits and pieces of the play in the movie, what we do get and the performance by Etxenadia is so riveting this could have been a movie by itself. It's also shot extremely well and translates well to film.
One of the best things about Pain & Glory is that it's constantly evolving as a film and keeps audiences on their toes. There are plenty of times when audiences will think they know what will happens next but the film will go a different direction. Or throw in something that feels completely out of left field yet it all ends up working and gelling together. This film is also another great use of non-linear storytelling that often times can be a hinderance, but here works.
This year is seeing an extremely strong list of contenders for Best Picture from the international scene. This is a year where arguments can be made for several international films making serious runs at the Best Picture category. Pain & Glory might not make the final cut but
Premium members can listen to Kriss and Ro discuss this film in more details with spoilers. Be warned, we were both very tired and so there are tangents (funny tangents) and shenanigans. Who doesn't love shenanigans? Give it a listen.