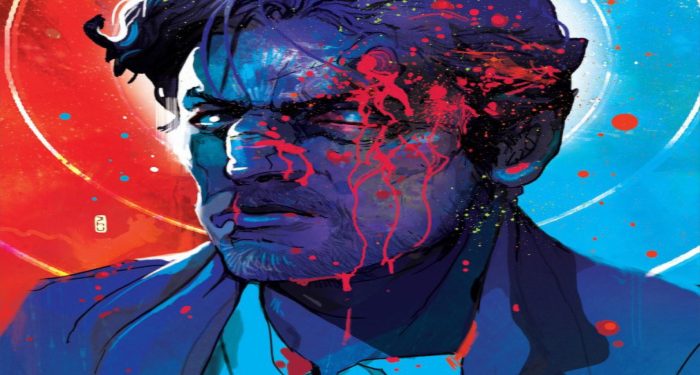 The big surprise in the Legendary Comics virtual panel, today during Comic-Con@Home was a big one. The creative team behind a new graphic novel Head Wounds: Sparrow popped on screen treating viewers to the presence of none other than, Oscar Issac.

Issac becomes the latest actor (and can we just say we're still excited for Keanu Reeves project with Boom! Studios) to announce a high profile collaboration for a comic. Just set aside extra money now because you're going to want to pick this one up. 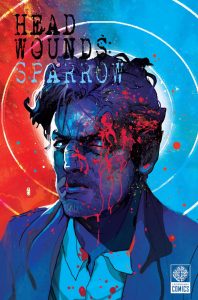 Head Wounds: Sparrow revolves around Leo Guidry. A cop with a “psychic head wound” that helps him tap into deep empathy in “a war between angels, devils and everything in between.”

If you're at all familiar with Christian Ward’s art (and if not check out Gideon Falls or Invisible Kingdom) then idea of marrying this supernatural story to his surealistic style feels downright perfect.

Now's the time to add it to your pull list and keep an eye out for pre-order information. Legendary Comics intends to release Head Wounds: Sparrow July 1, 2021.

Drawing From Life for Head Wounds

In response to being asked about how his often mentioned love of comics lead to the creation of this project, Issac shared, "I always thought it would be great one day to find a really interesting story and to put together a graphic novel."

After a few details about his relationship with childhood friends, Bob Johnson and Job Alvey, Issac continued, "Bob shared with me this particular story, Head Wounds, and I though it was a fascinating story. I thought it was a [sic] great take on empathy and so I was really excited buy it. I thought it would be really great as a graphic novel."

In his statement to The Hollywood Reporter, Issac shared some of Bob Johnson's more personal inspiration following his diagnosis with Stage 4 non-Hodgkin lymphoma:

“Bob Johnson has a mind and a soul like no one else,” Isaac said in a statement about the project. “Our friendship and creative collaboration has spanned nearly three decades. I couldn’t be more excited to bring his unique and singular vision of Head Wounds: Sparrow to life with the incredible group of artists we’ve assembled.”

"Head Wounds: Sparrow is an exceptionally powerful tale as it draws from the creators' own life experiences, as well as their passion for the medium. Sometimes things come together so effortlessly, and this is one of those projects."

Head Wounds: Sparrow is written by Brian Buccellato with art by Christian Ward.

You can watch the entire virtual panel here to hear the entire Legendary Comics panel like Rob a modern day retelling of Robin Hood slated for Webtoon in Fall 2020, and young adult titles: The Heart Hunter, Lupina, and Championess, set for release in 2021.