Onward’s A Quest Worth Accepting 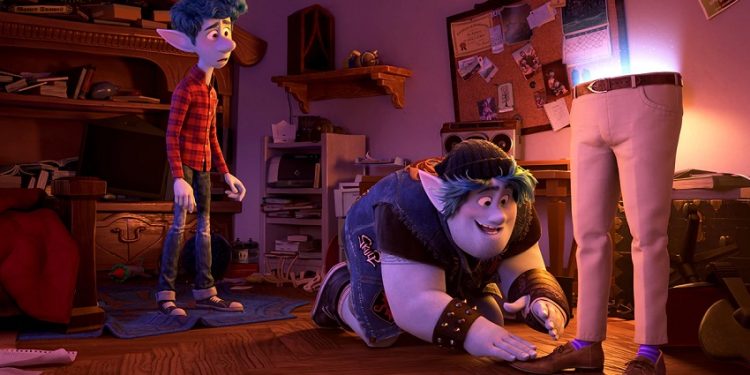 Onward is a Urban Fantasy Wonderland

Two brothers who couldn't be more different must go on a quest to find a magical stone before their chance to see their father one last time is gone forever. Set in a suburban fantasy world that puts Bright to shame these two elves must band together and follow the clues if they're going to succeed. This time around Disney Pixar isn't trying to rip your heart out in the first five seconds. Instead, Onward establishes a world that can yield years worth of stories and then it starts yanking on those heartstrings. There are elves, centaurs, a spastic pet dragon and belligerent biker pixies that will having you dying for their backstory.

What Would You Do For One Day With A Long-Departed Parent?

Onward has it's highs and lows. It doesn't always know what it wants you to focus on but it never forgets why the people in this world are important.  While it doesn't pack the punch of previous Pixar projects, there's something endearing about a coming of age story that recognizes that brotherly love and stumbling into adulthood is story worth watching. Ian (Tom Holland) and his older brother Barley (Chris Pratt) each come into their own and may just bring magic back into their world along the way. You'll laugh and shake your head at the outlandishness of it all.

From beginning to end, "Disney" magic and the Pixar messaging never fight each other; and that mostly a good thing. Ro and Brandon have a spoiler-free chat in which B give the most triflin' synopsis ever; now's your chance to give it a listen.