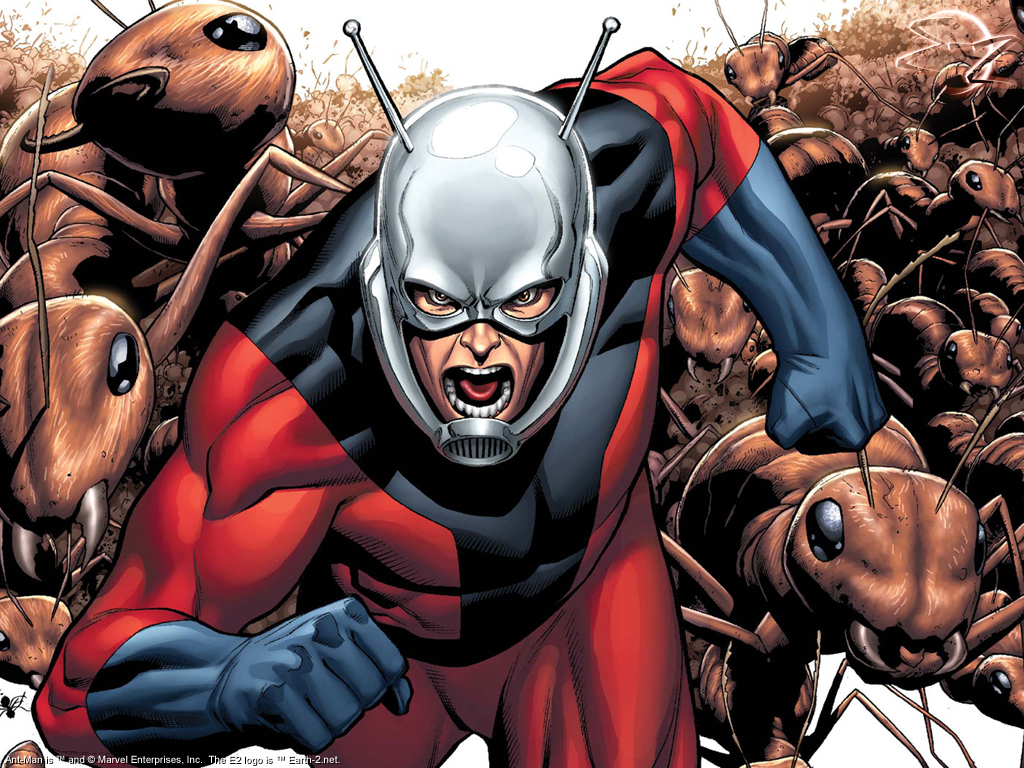 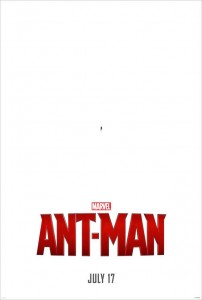 Marvel isn't shying away from the shrinking abilities of their first Phase 3 movie:  Ant-Man.  If you don't feel like squinting, EW has a close up look of Paul Rudd in the suit: 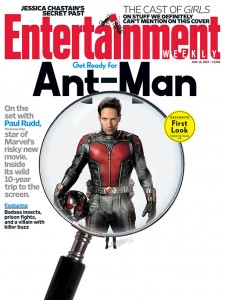 I can't wait to see the trailer tonight during the premiere of Agent Carter. I remember when this movie was first announced and people thought Marvel was crazy for giving this character a solo movie.  Then a talking racoon and tree helped lead Marvel to the 2nd biggest domestic boxoffice of 2014.  So at this point, I'm just along for the ride with Marvel.

[quote]Armed with the astonishing ability to shrink in scale but increase in strength, con-man Scott Lang must embrace his inner-hero and help his mentor, Dr. Hank Pym, protect the secret behind his spectacular Ant-Man suit from a new generation of towering threats. Against seemingly insurmountable obstacles, Pym and Lang must plan and pull off a heist that will save the world. Directed by Peyton Reed, Ant-Man stars Paul Rudd, Michael Douglas, Corey Stoll, Evangeline Lilly, David Dastmalchian, Michael Pena, Bobby Cannavale, Abby Ryder Fortson, Judy Greer, Wood Harris John Slattery and Gregg Turkington with multi-hyphenate T.I., and the film opens July 17, 2015[/quote]