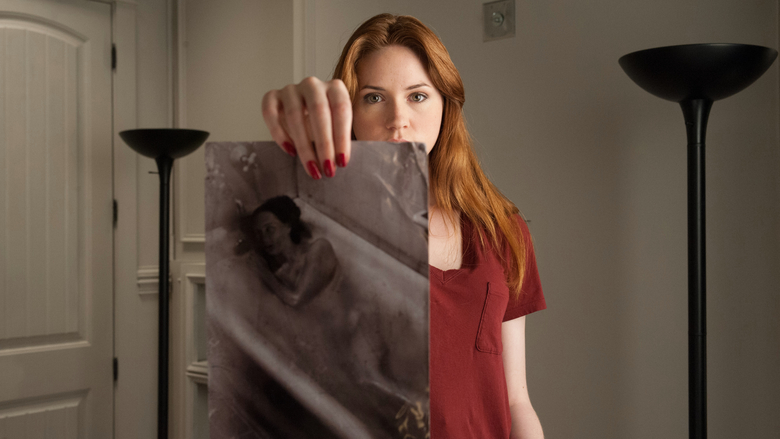 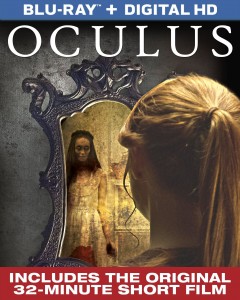 I remember seeing Oculus earlier this year and while I liked it, I wondered if my review of it would stand after a few months past and I saw it on BluRay. For the most part, the answer is 'Yes'. After watching it a second time I still enjoy Oculus despite its flaws.

Oculus focuses on Kaylie Russell (Karen Gillan) and Tim Russell (Brenton Thwaites) who are trying to prove that a mirror that their father bought 11 years ago is responsible for the horrible death of their mother and father and sent Tim to a mental hospital and Kaylie to live in an orphanage. The film uses flash backs to show what happened to Kaylie, Tim and their family as well as what they're currently dealing with in the present. 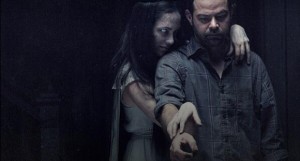 One of the biggest problems I had with this movie when I saw it earlier this year was that it wasn't scary.   It's labeled as a horror film but it's really more of a psychological thriller. There is a supernatural element to the film that involves the mirror but I feel like it was underdeveloped. This doesn't bother me as much as it should because after viewing it again, I really believe that this was on purpose. As I mentioned in my first review, you go through this whole film questioning whether there actually is a supernatural element or if Kaylie and Tim are just having mental breakdowns. The problem is, this side of the film isn't fully developed either. It's a shame because I really think there's a great concept here but the script drops the ball. It's definitely a valiant effort though and is in no ways terrible. By the end of the film you're left questioning whether there is something supernatural about the mirror or if this is a result of a mental illness left unchecked. So in that respect, the film succeeds. But had there been just a little bit more put into the script I think it would have been something special. For example, the film opens with Tim Russell talking to his therapist and being released from the psychiatric hospital. They never really explain what he was in the hospital for though. There's also never a reason given for why he was sent to the hospital but Kaylie was sent to an orphanage. While this doesn't seem like much, an explanation why the siblings were split up would explain a lot more in the film. Tim starts off being skeptical of what Kaylie is saying about the supernatural powers of the mirror because he's gotten help for his "delusions". One could believe that Kaylie, who never got psychiatric help "corrupted" her brother and made him lapse from all the progress he made. But the film never really provides the necessary background information for this. There are small hints of it (Before releasing him, Tim's doctor warns him about slipping back into hold habits and needing healthy interactions). However, there's never any flat out information given about how Kaylie was able to get away without anyone suspecting she had just as many issues as her brother. 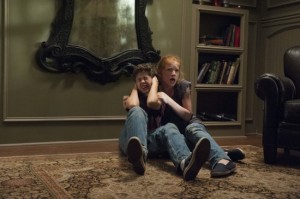 Now having said that about the one major flaw, the film is actually pretty well done. It had a $5 million budget and made good use of having little resources. The house is basically the only setting in the entire film. It gives the film a very basic, close quarters feel. The acting is also pretty solid as I mentioned in my first review. Karen Gillan and Brenton Thwaites have pretty good chemistry as the adult Kaylie and Tim Russell. I really did enjoy Annalise Basso and Garrett Ryan who play 13-year old Kaylie and 10 year old Tim respectively. I'm usually weary of children in horror films but I really enjoyed these two. Their characters weren't written to be stupid or annoying and that' a huge plus for me. Katee Sackhoff and Rory Cochrane play the parents and again, solid performances from both.  To go back to what I was saying earlier, the performances in this movie are good enough it actually makes the underdevelopment of the script a little more noticeable on a second watch. There's so much more that could have been done with this concept and the cast I wish we could have seen it. 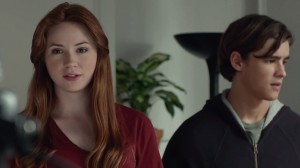 I stand by my original review. This film is still a good film but it's not as great as it should be. It left a lot of potential on the floor. I think this is partly because it's based off of a short film and so it didn't really have a lot to work with anyway. I think they were trying to keep the same close quarters, claustrophobic feeling of the short film and not stray too far from the concept but they were too conservative in my opinion. Still an enjoyable film though. It's listed as a horror film but you really shouldn't let that stop you from viewing it if you don't like scary movies. It's not really scary so if that's a concern you'll be fine. Still hands down the best film to come out of WWE Studios. I wouldn't mind seeing more of this and less of Leprechaun: Origins or See No Evil 2. I'm going to knock off 1/2 a star from my original review because the extras don't really add much more to the film. I won't bother doing a bonus features section like I normally do for these BluRay reviews because there's not much in terms of extras. The deleted scenes aren't all that special and none of them add anything more than what we see and I agree with all of them being cut. The 32-Minute short film that this movie is based on is included and to be honest, seeing what they were able to accomplish based off of what little they had is amazing.  I'll be honest, I get what they were trying to do with the short film but it's a waste of time to watch.  There's a featurette on the BluRay, Inside the Mirror: Creating Oculus that is pretty good and gives you some insight into what they were going with in the film. The BluRay does include full length Commentary by Director Mike Flanagan and Producer Trevor Macy. I didn't watch the whole film again with the commentary but I did watch the deleted scenes and I think if you're really interested in seeing some of the thought process that went into this film, the commentary is definitely worth it. If you're interested in seeing it, check out the links to the Instant Video and BluRay in our Amazon Store above.