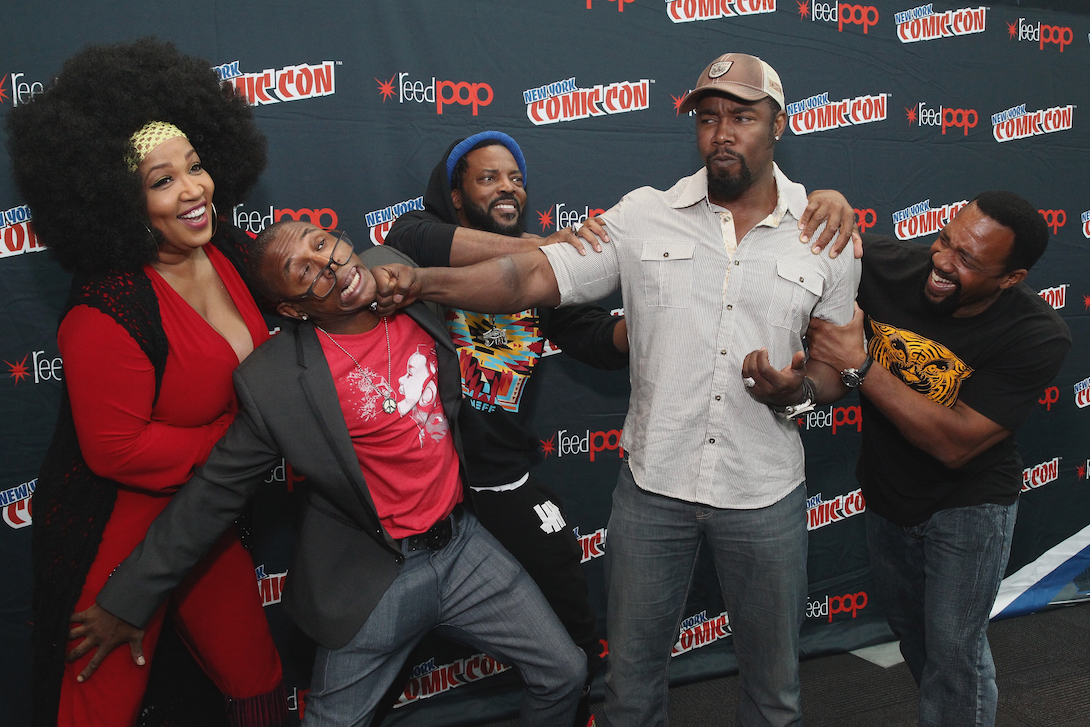 One of my favorite set of press roundtable interviews at New York Comic Con was the Black Dynamite press room.  It's always fun doing press rooms for Adult Swim shows because it's always an entertaining experience with everyone having fun.  The Black Dynamite press room was no different.  We got to talk to Executive Producer Carl Jones as well as the voice actors Michael Jai White, Tommy Davidson, Kym Whitley and Byron Minns.  Check out the interviews and leave a comment and let me know what you think.

Oh and since the Season 2 premiere aired on Saturday I can officially say that this season is off to a GREAT start and that they were right when they told us they love to push the boundaries.  Can't wait to see what else they have in store for us in Season Two.
[quote]

Black Dynamite, the 30-minute animated series, is back for a second season on Adult Swim. Based on 2009’s critically acclaimed feature film, the Black Dynamite animated series further chronicles the exploits of the central character, Black Dynamite, and his crew. Under the direction of Executive Producer Carl Jones (The Boondocks), the series features the voice talents of Michael Jai White, Tommy Davidson, Kym Whitley and Byron Minns, all of whom starred in the feature film.