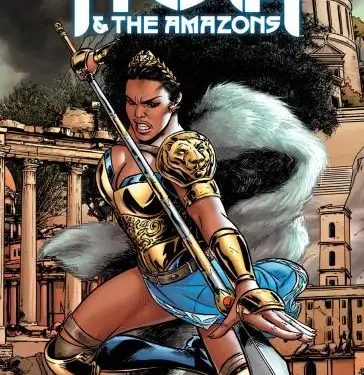 Stephanie Williams is a comic book historian and pop culture critic who has written for SYFYFANGRRLS, The A.V. Club, Nerdist, Den of Geek, and Rotten Tomatoes. Stephanie is also a comic creator with three ongoing webcomics, Parenthood Activate!, But What If Though?, and Living Heroes. She made her Marvel debut with a short story featuring Monica Rambeau in Marvel’s Voices: Legacy. She recently made her DC Comics debut in Wonder Woman Black and Gold #2 and is co-writing the Nubia and the Amazons miniseries.