Nostalgia Review: Super Mario Bros The Movie Was Apparently Made By People Who Never Played a Mario Game 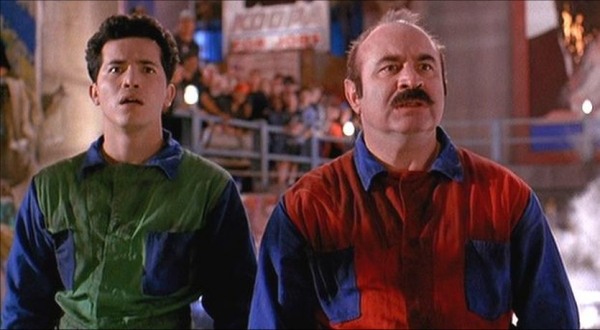 We finally did it. We finally made it through the Super Mario Bros movie. Kriss & Aaron from The Black Astronauts have been trying to watch this movie and record a Nostalgia Review for like 4 weeks. That's how bad this film is. Super Mario Bros might not be the worst video game movie of all time (Uwe Boll & Alone in the Dark still hold that distinction) but it's not that far off. From the ridiculous opening (narrated by the voice of Homer Simpson, Dan Castellaneta), this film takes a gigantic dump on your childhood fondness of Mario. From Hoskins & Leguizamo being inebriated through most of the filming to Dennis Hopper in finger waves playing King Koopa. It's one big mess of a film.

We watched it so you didn't have to, now listen to us discuss it.