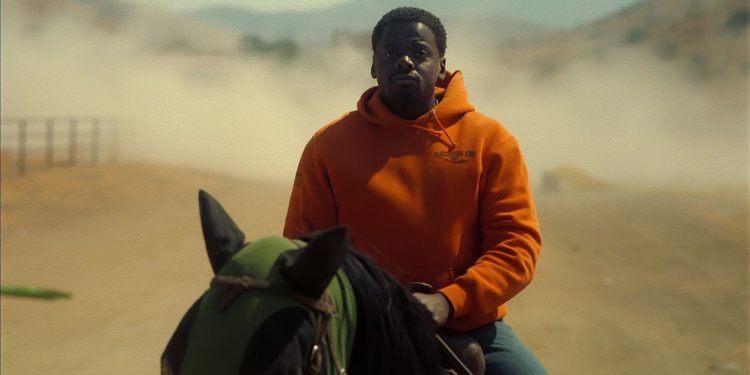 Synopsis: The residents of a lonely gulch in inland California bear witness to an uncanny and chilling discovery.

Jordan Peele's latest film, Nope, will probably be his most polarizing with audiences but that's a good thing. The reason being is that Peele seems to really enjoy proving that he really has no lane that he's staying in and he's going to continue to make ambitious films that are never exactly what you might think the film will be after watching the trailers. Peele's MO is to inject blackness into situations that folks might not initially think about. With Nope you basically get black cowboys, UFOs and then commentary around the modern idea of getting famous/rich by any means necessary. Daniel Kaluuya and Keke Palmer have a great chemistry as brother and sister and are surrounded by a cast that is also very solid.

Where this film might lose people is first with the editing. In typical Peele fashion, he purposely cuts between some scenes in awkward, weird ways to mess with the audience. Peele is king of showing something in his movies that seems completely unrelated but requires the audience to make the connections because he's not going to just flat out say it himself. The second thing that might be jarring for folks is that this film leans into some of that "high strangeness" that isn't typical for mainstream audiences and might honestly just be too weird for some audiences.

Overall, Nope is another win for Peele. It shows that he refuses to be pigeonholed into a particular lane and that he views all of horror as his bag. Peele has always been very good with visuals and audio and Nope is probably one of his best in that category. This is definitely one of those films that warrants a second viewing, especially if the first viewing left you a bit lukewarm.