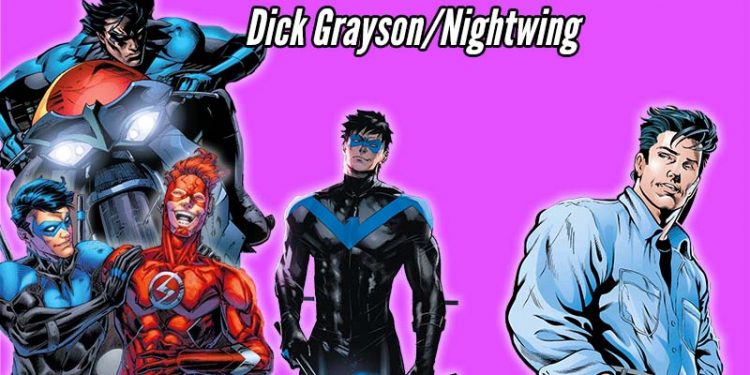 Kriss and Dpalm are back and this time we're revisiting a character we've spent some time talking about before: Dick Grayson aka Nightwing. We've covered Dick before in our previous Robin Part 1 Character Corner that covered Dick Grayson's years as the first Robin along with Jason Todd. This episode we're spending some time talking about his years after he put up the Robin suit and became Nightwing.

Much like his best friend Wally West, Dick Grayson is one of those characters that started off as a sidekick but then became their own hero and eventually even took over the mantle. What's so great about this character is how both similar and different he is from Bruce Wayne/Batman. Dick Grayson is what Bruce would be if Bruce Wayne didn't hate being Bruce Wayne.