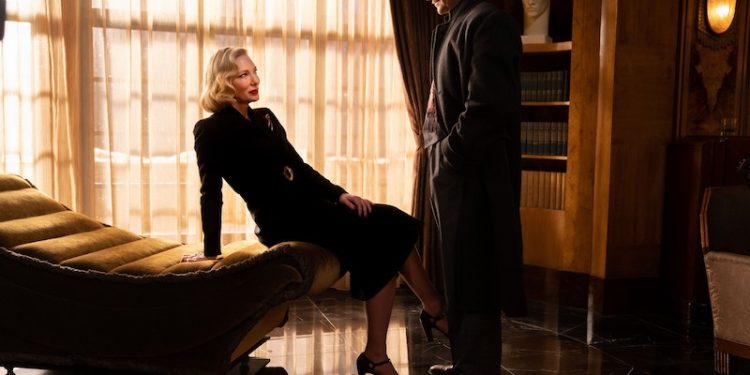 While Bradley Cooper is the lead here as Stanton Carlisle, this film is all about the women. Toni Collette, Rooney Mara and Cate Blanchett all put major performances into this film. Blanchett in particular puts in a brilliant performance. Bradley Cooper isn't a slouch in the acting department but he gets outacted in just about every scene with Blanchett. The same can be said for his scenes with William Dafoe but that's to be expected because well...it William Dafoe being creepy and no one out acts creepy Dafoe.

Clocking in at 2 1/2 hours, Nightmare Alley does suffer from some pacing issues. But those issues can be forgiven for the overall payoff in the story as well as the performances put in. While it's not what one might expect from Guillermo del Toro, it's a great reminder of the range he has as a director and is definitely worth checking out.