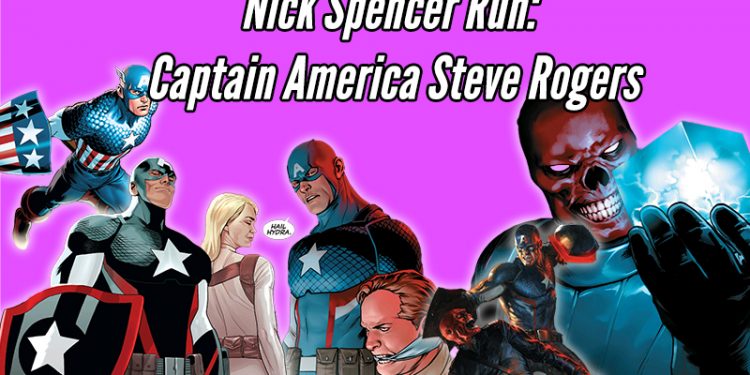 What happens when you take a hero of uncompromising principles, incredible strategic skills and an unbreakable determination and alter his reality so he becomes a true believer villain? Something very scary. On part 2 of our re-read of Nick Spencer’s Captain America run, we go through the first 15 issues of Captain America Steve Rogers. We see just what Red Skull did to turn America’s Symbol into a secret agent for Hydra and how Red Skull might have done his job too well. While some were upset by the “Hail Hydra” on the last page of issue 1, the whole run really builds on some of the issues we see in real life. Red Skull’s speech in the first issue could be easily seen as coming out of the mouth of a sitting Senator (or even President) in the real world. It’s also a example of just how much people will give the benefit of the doubt to a familiar face and name and the trouble that can lead to.

While this can be read as a standalone, reading this along with the Sam Wilson book really highlights the “Two Americas” each of these men deal with.

We’ll be back with the final part of this reread with the Secret Empire tie-in Captain America books as well as the 10 issues of Secret Empire itself.

*Update* The audio has been updated with the right episode. The previous post included the audio for Part 1 instead of Part 2. If you're listening on the RSS feed, delete audio then redownload