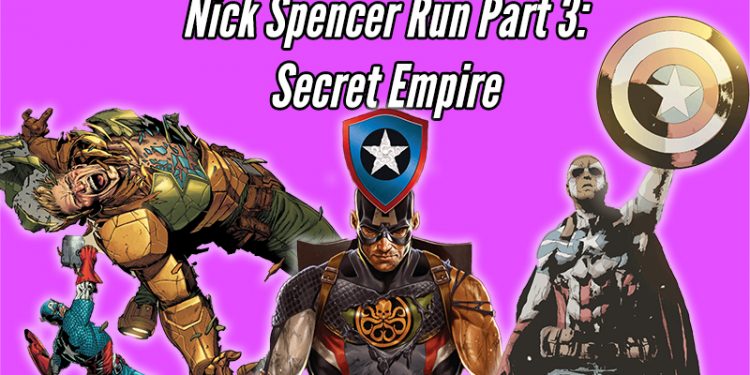 Kriss, Dpalm and Justin wrap up their revisit of Nick Spencer's Captain America run with the Secret Empire tie-in issues for both Captain America books as well as the Secret Empire cross-over event itself. As with the Captain America solo books, we discuss how relevant and timely some of the things Spencer brings  up are. From how evil Steve Rogers talks about Inhumans to  how easy it is to get so many people onboard with fascism when they think it personally benefits them.

Part 1 (Sam Wilson) and Part 2 (Steve Rogers) are on the Premium feed for Premium members.