Well it looks like that leaked promo image of Yellowjacket was real.  Yellowjacket looks pretty dope in this promo image.  I'm wondering what it will look like in reality.  Marvel is usually pretty good at making the actual costumes look exactly like the promo images they release so, I expect it to be very similar.  Now the question is when we'll get to see the trailer.  Since this is a new character being introduced into the Marvel Cinematic Universe and it's also kicking off Phase 3, I'm actually thinking we'll see the first teaser trailer soon.  Plus, it's already been classified so we know one exists already.

I know folks aren't really that amped about Ant-Man yet, particularly after the departure of Edgar Wright as the director but I'm not questioning Marvel at this point.  They've done a pretty solid job (better than anyone else) when it comes to live action comic book movies and I expect Ant-Man to live up to that standard. 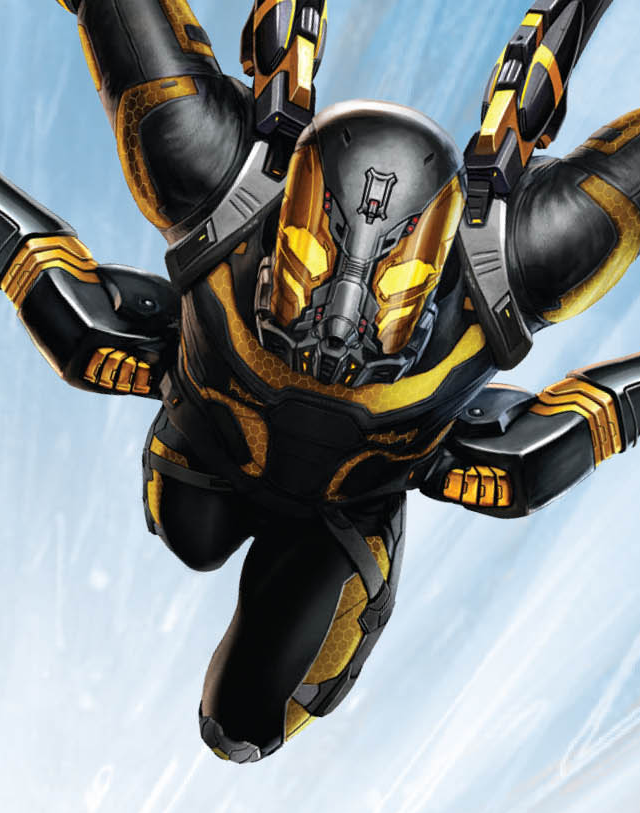