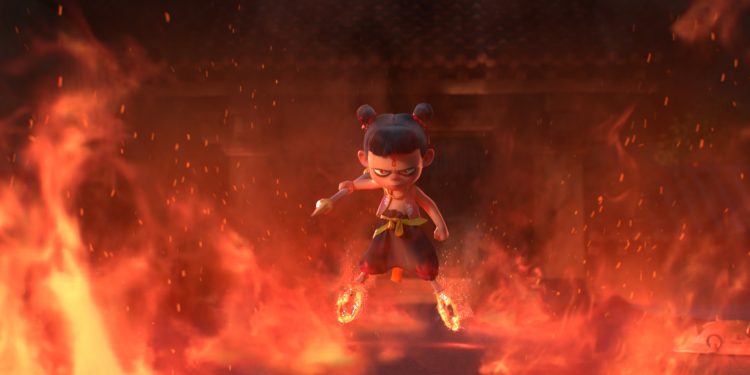 Phenom10
Ro10
Ro and Brandon sat down for a spoiler-free chat to share the good word. Short version, this film is like no other. There's fighting, family, and humor to keep the action moving and the story engaging. Get to a theater, because this one shouldn't be missed.
10

Ne Zha's the origin story of a child, Ne Zha, who becomes the reincarnation of a part of a heavenly pearl split in two by the Primeval Lord of Heaven, Yuanshi Tianzun. This child possesses unique powers but not the ones the universe intended. An act of betrayal results in the theft of the original spirit leaving a demon spirit in its place. Despite calls for his death, Ne Zha's parents fight to save their son's soul and set him on the path of goodness. They, and Ne Zha's mentor, race against time

Writer/Director Jokalate Yang's Ne Zha opened in a limited number of theaters stateside on August 30, 2019. Before the first Chinese 3D animated film made IMAX played a single frame in the United States, Ne Zha already reigned supreme at the box office in China. This fantastical story took three years, and 20 effects studios, to reincarnate this legend for the big screen. This animated film brings new life to a Chinese folk-hero and new themes to this origin story.

There's whimsy, humor, heart and sharp edges to this story about a little kid living under a curse and feared by everyone but his parents. The techniques used to bring this to life are innovative and perfect for adding visuals full of kinetic action. Ne Zha is more than just a bratty child intent on wreaking havoc on those around him. He's misunderstood, misinformed and absolutely standing on the precipice between good and evil. Yang's story builds a world full of complications and compelling characters. But, don't expect to get all the answers. This is an origin story for what's clearly the first of (hopefully) many films about the adventures to come.

Ro and Brandon sat down for a spoiler-free chat to share the good word. Short version, this film is like no other.