‘Murder to Mercy’ is a Missed Opportunity 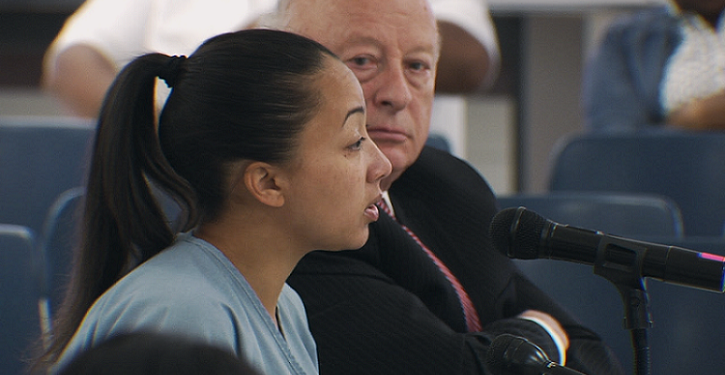 A sixteen year old Black girl found herself convicted - as an adult - for the murder of a forty-three year old white man who'd solicited sex from her in 2004. Nashville, Tennessee sees nothing wrong with trying an obviously troubled child as an adult or sentencing her to life in prison.

If you don't know the name Cyntoia Brown by now, then you have the privilege of living a life where the insidious nature of the prison industrial complex in the United States doesn't impact you. Her story is an object lesson about a system in need of overhauling.

Directed and produced by Daniel H. Birman, Murder to Mercy presents Cyntoia Brown's plight in a cut-and-dried chronological manner. It's intent seems to be bringing the uninformed up to speed but it's a choice that repeatedly detaches its narrative from its heart.

It's a deliberate decision; one that's a mistake. Ironically enough, it's the same mistake Brown's first lawyers made. Cyntoia's never treated like a real person.

While this series slowly presents the picture of a young girl at the mercy of the criminal justice system, what it doesn't do is examine the motivations of the people tasked with her defense.

The early days of her case pretty much unfold with little examination or introspection. Through archival footage and interviews, it becomes clear how insurmountable the obstacles the Brown defense team faced felt to everyone involved. Beyond that, not a single mechanism of the system is put under scrutiny in Murder to Mercy.

Plus, Birman hardly investigates how people viewed her case. Not once were these attorneys asked to explain a single decision made in formulating her defense.  None of the overt racial and gender bias in her case is ever discussed.

The biggest oversight? Cyntoia Brown was not re-interviewed for this documentary.

It's clear that Birman may have gain the trust of the family enough to complete his initial look at Cyntoia Brown's story in 2011's Me Facing Life: Cyntoia's Story. But his lack of understanding about pivotal parts of the criminal justice system is starkly apparent in Murder to Mercy.

This narrative has no focus. It's a detached presentation of facts with little purpose other than to jump through time until it reaches the stage where Brown gains a hearing for clemency. Cyntoia Brown disappears from the central narrative.

There's no examination of the decision to wait years to bring Brown to trial. After transferring her into the adult system, the prosecution waits two years before presenting its case to a jury.

Birman never examines why her initial lawyers didn't move for a speedy trial. He doesn't investigate the prosecution's reasoning for the delay.

Although it's relatively obvious the prosecution didn't want a sixteen year old child sitting at the defendant's table.

Overall, this documentary feels like Birman cares more about the idea a sixteen year old was sentence to life. Murder to Mercy is less interested in the person who actually served that sentence. He wants to showcase how his work brought national attention more than examine the system that made it necessary.

Quite White of Him...

The second half of this documentary SCREAMS white savior through its entire self-congratulatory narrative. Birman's attempt to highlight the generational trauma that contributed to Brown finding herself in the situation that led to her incarceration smacks of judgment and armchair psychology.

At one point, there's the opportunity to go into detail about the appeal stage with the lawyer who wrote the state's appeal brief.

But instead Birman's focus remains on speculation about metal illness, rambling interview with her biological family members - with a few insightful moments with her adoptive mother - and journalism-lite style interviews and side narratives about the post-conviction in general that amounts to nothing.

There's little introspection by those in the system about the missteps in taking care of an at-risk tender age girl. No examination of breakdowns with social services and despite her obvious growth, hardly any mention of her care or treatment while incarcerated.

Despite showing footage of Brown testifying before the parole board, there's no deep dive into the parole process. No discussion of why it took so long before young girls trafficked for sex were viewed as victims rather than criminals ever happens.

In the Wrong Hands

Murder to Mercy was an opportunity to examine the system using Cyntoia Brown's entire situation as live case study. Not only should we have gotten a look behind the veil of this specific case, there should've been an examination of the various stages and failures of the justice system as a whole. Daniel Birman didn't have the tools to lead that discussion.

This documentary ultimately does a disservice to both Cyntoia Brown and its potential audience.