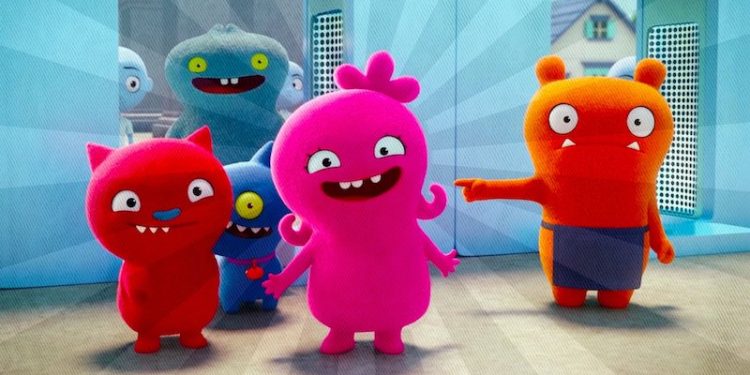 Kriss7
Ro5
The songs and music are good but at the same time distract from the story being told. The film also fails to nail down who the target audience is and that could lead to the wrong lessons being learned from it.
6

Ugly Dolls is one of the brave films coming out this weekend in the shadow of Avengers Endgame. How will it fare? Well that depends.

The first problem with Ugly Dolls is the promotion. The trailers and promotion for this film don't hint at the fact that this is really an animated musical. One look at the voice cast and it being a musical becomes apparent (Kelly Clarkson, Nick Jonas, Janelle Monáe, Pitbull, Blake Shelton, etc) but if you're not prepared for the heavy lifting of the story to be done through song, this might catch you off guard. The bigger issue with this film is that while it has a really great message about being comfortable with oneself and not letting others dictate how you should be, this is a film that parents might need to discuss with their kids afterwards to make sure their kids learned the right lesson. This film never really manages to nail down the target audience.

Overall this is an enjoyable film that is worth checking out but you can't help but feel that it falls short of what it could have been.