Ro6.5
The Witches - still geared towards children (allegedly) - offers a few unsettling chills and plenty of campiness wrapped in sly humor but it's missing that extra something that turned the original into a cult classic.
6.5

There are certain movies that automatically make the Halloween marathon, or at least they should. For years, cult classic The Witches, based on Rolad Dahl's book by the same name, starring Anjelica Huston has landed somewhere on that list between Hocus Pocus and Nightmare on Elm Street.

Leaning into Dahl's The Witches

It's 1967, a young boy (Jahzir Bruno) and his Grandma (Octavia Spencer) find themselves trapped in a hotel during a convention of witches plotting to bespell the world's children turning them into mice. The duo - along with some unlikely accomplices - must outwit the Grand High Witch (Anne Hathaway) and thwart her master plan.

Viewing audiences grew up with the child-friendly version this story (this is a lie, Huston's coven of witches scared the bejeezus out of plenty). It's a wicked adventure of a boy left unexpectedly orphaned - who's then attacked by a wicked witch - learning to persevere.

For the most part, the main plot points remain unchanged. And while Zemeckis tries to (re)capture the darker undertone of Dahl's forty-year-old tale, the Kenya Barris and Guillermo del Toro crafted script updates time, place, and the ethnic origins of several main characters along with reworking certain key story elements. 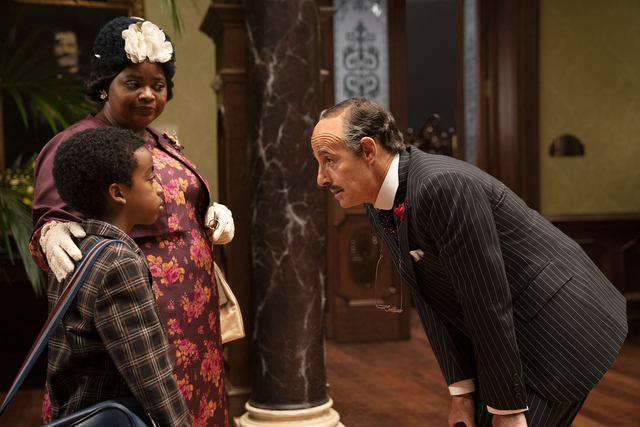 The costumes are stellar, the cast and location (Alabama) add just the right touch of macabre, and the practical effects and CGI work together to create the right edgy if uptight notes.

So, the really question is will it appeal to today's audience? Listen as Ro gives a quick breakdown of The Witches and how she thinks it stacks up against the source material and 1990 Roeg adaptation.

The Witches premieres on HBOMax October 22, 2020