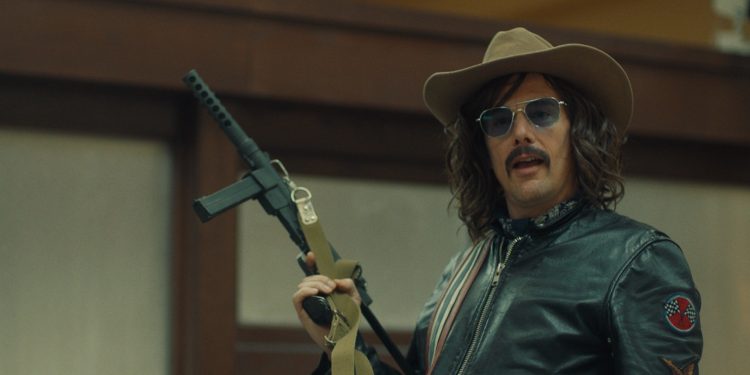 Brandon 7
Ro7
Based on a true story, Stockholm is about a 1973 hostage situation carried out by the most unprepared person to ever walk into a bank and say, "stick 'em up." Lars Nystrom, (Ethan Hawke) puts on a seriously sad-ass disguise to seize control of a central Stockholm bank. He doesn't want money, he wants his friend Gunnar (Mark Strong) let out of prison. Among his hostages is Bianca (Noomi Rapace), a demure wife and mother of two. As the days pass, negotiations between Lars and the detectives turn into grandstanding and petty maneuvers, Lars and the hostages develop a rapport that leads to what later becomes known as “Stockholm syndrome.”
7

Brandon and Ro got together to discuss indie crime comedy Stockholm ahead of its release April 26, 2019.

Stockholm is an unevenly paced not-really-a-heist film and neither Ro nor Brandon believe the man all these risks are being taken for deserved it one damn bit. The pair discuss Ethan Hawke's ability to play almost any kind character with conviction but this one may just be his most over-the-top in a while. And more than a few minutes were spent discussing how the change in where audiences prefer to watch movies, especially indie films like Stockholm, should play a bigger part in who's chosen as the distributor. One thing is certain though, as far as Ro and Brandon are concerned, this ridiculous story-turned-film doesn't work if you change a single actor; including the secondary characters.