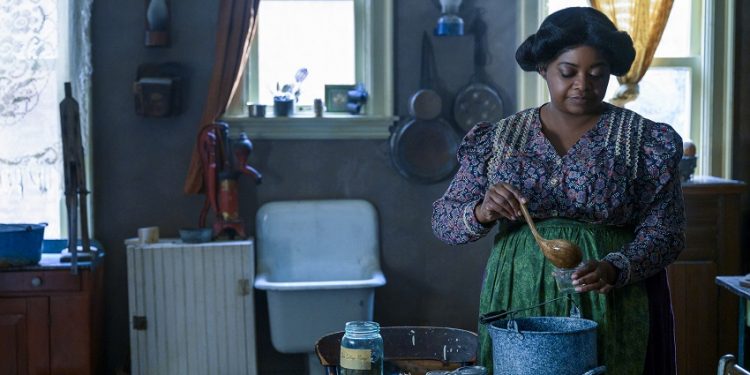 Ro6.5
Self-Made’s story may be rich with drama but most of it feels manufactured; particularly since the story utterly fails to avoid wallowing in negative stereotypes.
6.5

Self-Made: Inspired by the Life of Madam C. J. Walker is a highly stylized look at Sarah Breedlove’s metamorphosis into Madam C.J. Walker.

Post-slavery racial and gender bias effectively limited most women, particularly those of darker skin and little education, to roles as washer women, cooks, and other labor jobs deemed fitting for their “look.”

Madam C.J. Walker’s work along with the efforts of many other Black women made strides in creating jobs and alternate career paths for women.

Sarah’s a laundress, divorcee and single mother who, due to the lack of indoor plumbing and other factors, is losing her hair when this Netflix series begins.

Take Everything with a Grain of Salt

Self-Made plays fast and loose with both the timeline and facts as is often the case when a story is  only “inspired” by real life. It's blend of fact and fictionalization focuses on the rivalries, triumphs, personal struggles and doggedness of Madam C.J. Walker. But, this story never digs into these lives.

Octavia Spencer’s Walker is at turns tormented and a titan. This script centers on her insecurities and shortcomings. She’s vulnerable, focused, and pushy. As often as the story showcases her drive, it reveals a deep vein bitter pettiness. How much is fact versus stereotypes about dark-skinned, kinky haired Black women being grafted on to the character raises serious doubts about the depiction.

Self Made's An Incomplete Picture

This four-part limited series also stars Blair Underwood as Walker’s husband C.J., Tiffany Haddish as her daughter Leila, Garrett Morris as Walker’s father-in-law, Kevin Carroll as her longtime lawyer Ransom and Bill Bellamy as Ransom’s cousin Sweetness. This cast of characters make up the important figures in her life. Their stories are colorful but the characters remain woefully underdeveloped. Haddish’s Leila – in particular - rightly deserved better handling and more screen time. That neglect leads to a secondary storyline that comes far too close to queer-baiting.

Carmen Ejogo plays Addie Monroe. Walker’s mentor and business rival. Self-Made’s depiction of Monroe, loosely based on real life Annie Malone, wallows in colorism and pettiness. Rather than focusing on how her example inspired Walker, their relationship is skewed and reduced to the stereotypical animus assumed to exist between a light skinned and dark-skinned woman in the 1900s (and now). 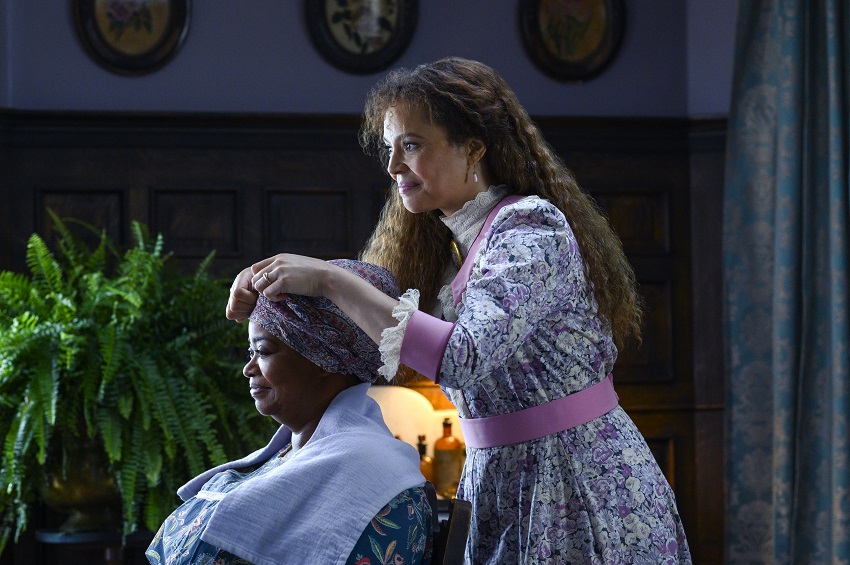 Octavia Spencer, Carmen Ejogo in Netflix's Self Made: Inspired by the Life of Madam C.J. Walker. Amanda Matlovich/Netflix

Monroe is portrayed as uppity, color-struck and weak-willed. Where history shows, this woman with a background in chemistry and hair care, did more than invent the first iteration of what inspired Walker’s first hair product. Monroe built an entire line of products based off her original formula that eventually out stripped Walker's success. Watching Self-Made’s version of Monroe, however, leaves much to be desired. You'd never know Addie Monroe is based off a trailblazing entrepreneur in her own right.

Self-Made glosses over too much of Walker’s personal history. Walker was the only child born free to former slaves in Delta, LA. She was widowed and left with a child to raise early. After a second unsuccessful marriage, to an unfaithful ne’er-do-well, Walker was struggling to care for her daughter and dreaming of being “Rockefeller rich” so she could secure her family and work to uplift her people. Without adequate grounding, her onscreen decisions come across as unsympathetic and disconnected from the people around her.

Walker's philanthropic work is mostly a footnote rather than a driving force in the plot. It exposes a serious lack of the story development and infers a certain amount of selfishness on everyone's part. How certain aspects of the story unfold assigns Walker blame when she faces business betrayals and again when her relationship with husband C.J. ultimately fails. There's an overall inference that Walker was only fueled by avarice and ambition. There’s no exploration of her feelings beyond those rooted in a perceived inferiority complex associated with her looks. Spencer makes the most of it; but this character, fully developed, would've elevated her performance.

While Self-Made does highlight some of the obstacles along her path, like opposition from prominent community leaders like Booker T. Washington (who was strongly against anything he believed promoted internalizing white beauty standards) it severely downplays the role she played in the National Association of Colored Women and other social actions. It also fails to drive home the significance of the moniker “Madam” to both her business and as a deliberate shifting away from the tendency of whites to refer to Black women by first name. In the series, this watershed moment is reduced to a spiteful rejoinder. The intra-racial loathing played up between Walker and Monroe is disingenuous and a disservice to both.

Could’ve Been A Contender

The production and costuming set the time and place with a touching authenticity. The cast make the most of an inadequate script giving believable, grounded - if narrow - performances. But directors Kasi Lemmons and DeMane Davis repeatedly disrupt with unnecessary cut-away scenes, jarring music choices, and Walker's surrealistic imaginings rather than take the story in a direction that makes the most of the truth. Self-Made instead relies predictable dialogue, and negative tropes about Black people and strong-willed Black women for it's plot points. Most confusing is, that the ins-and-outs of developing products to meet Black women’s hair needs gets little screen time in film about a hair care specialist.

This is a period piece fighting against its creators decidedly contemporary sensibilities. The creative forces behind Self-Made failed to understand that telling Walker’s real story would be inspiring enough. The jumping around ultimately feels wasteful and lazy. Being visually engaging isn't nearly enough to make this story feel well thought out or meaningful.

There are only flashes of brilliance in this even-paced story. The creators' glaring lack of vision leads to shortcomings that cheapen the otherwise well-acted glimpse into a remarkable woman. Overall, Self-Made tries too hard for relevance and as a result misses opportunities to explore the deeper themes surrounding Black hair, bias, sexuality, and legacy in play.

“Hair is our heritage…”

That one line should’ve embodied the whole of the narrative about the professional evolution of preeminent beauty culturist, and oft lauded as the nation’s first female self-made millionaire, Madam C. J. Walker.  And in some ways, Netflix’s four-part limited series, Self-Made: Inspired by the Life of Madam C. J. Walker, tells that exact story. In others, Self-Made drifts away from the biographical and into the iconoclastic. Given the heavy-hitters behind this project, it's rather disappointing.