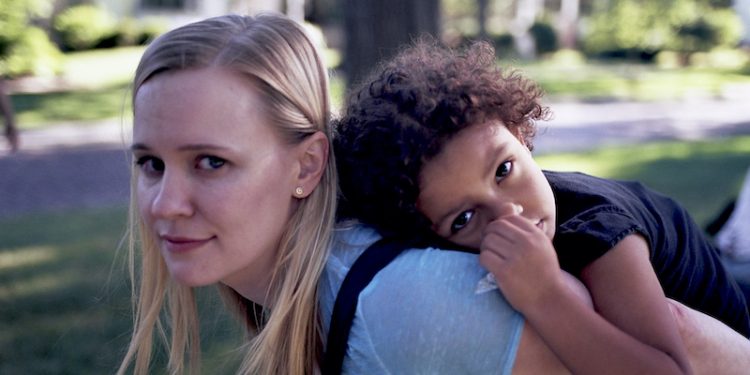 Joi9
A story as messy and unclear as the protagonist, Saint Frances gives an honest portrayal of a life in flux.
9

“You’re in your twenties, it gets better,” the man encouragingly tells Bridget (Kelly O’Sullivan),  after she tells him she’s a server at a restaurant. Bridget, in a dry tone, responds, “Actually, I’m 34.” The awkward silence that follows is probably not unfamiliar to Bridget, in a world that expects life clarity to appear in your 30’s. But Saint Frances - written by O’Sullivan herself - bucks against this world. A story as messy and unclear as the protagonist, the film gives an honest portrayal of a life in flux.

The job opportunity arises for Bridget to babysit an obstinate 6-year-old named Frances (Ramona Edith-Williams) for the summer. She gets unexpectedly pregnant in the midst of navigating the difficult relationships between Frances and her two mothers. She has an abortion after discussing it with the man who impregnated her. Body changes, emotional breakdowns, and arguments follow, as Bridget tries to adjust to her new normal. 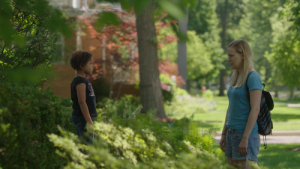 O'Sullivan's vision is a gift from the heavens

Kelly O’Sullivan’s vision serves as an anchor in the midst of chaos. And that’s because the vision is personal: she combined her life experiences of being a nanny in her 20’s and having an abortion in her 30’s to craft this screenplay. What’s impressive is how O’Sullivan and director Alex Thompson weaves all these experiences into a thoughtful story of a family.

This is further driven by the complexity of its female characters. At the heart of the film is the initially contentious relationship between Frances and Bridget. Ramona Edith-Williams is the breakout actor whose performance toggles between precocious and moody. Frances and Bridget’s tête-a-tête shapes the story, growing from sharp to loving. France’s mothers - Maya (Charin Alvarez) and Annie (Lily Mojekwu) - provide another layer of depth to the family dynamic. Maya’s emotional turmoil from her postpartum depression will move you. And Annie’s tough exterior cracks when struggling to support her wife through her difficult time. The dynamic works because it feels authentic to the characters and the world that’s been built here. 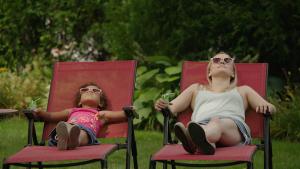 There have been films that have tackled “weighty” topics such as same-sex parenting, abortion, and postpartum depression. Sometimes they take on an “after-school special” tone. Other times, it lacks the nuanced touch that comes from someone who went through this. Thankfully, Saint Frances avoids those pitfalls. The screenplay manages to balance showing the normalcy of these topics while not diminishing how it affects women.

We see everlasting bonds have grown in the conclusion. Ones that have imprinted on Bridget for the rest of her life. Saint Frances highlights that there can be growth in the midst of uncertainty. Life can be in flux but you still learn to love, to understand, to protect. It’s a fitting way to close this chapter of Bridget’s story. Thank God for Saint Frances: raw in its honesty, beautiful in its in relationships, multi-faceted in its female characters.

Ro and Joi circled back to discuss this project from Oscilloscope Films because neither has seen a character study that approached this subject matter quite like Saint Frances. Once again, Joi's recommended a movie Ro never intended to watch but is ultimately glad she did. Listen in and find out why.