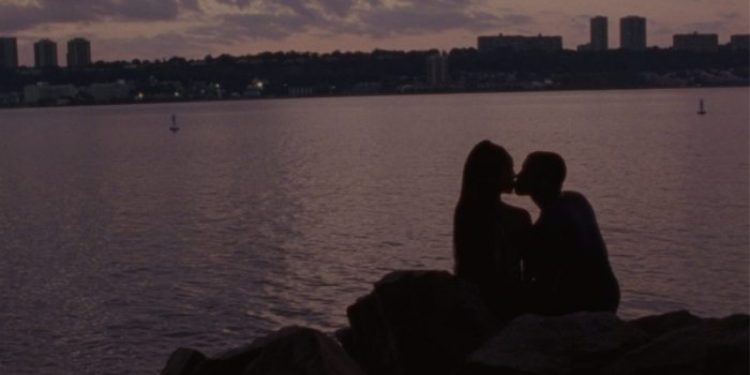 Ro8.5
This imperfect story does a wonderful job of showcasing aspects of coming of age, courting, and Black love that are far more commonplace than storytelling treats them. It's touchingly honest and smart enough to leave things unresolved.
8.5

Premature is More Than Just a Love Story

Seventeen year old Ayanna's (Zora Howard) enjoying the lazy days of summer with her friends in Harlem. Come the fall, she's headed out of the city to Bucknell for college. But a chance meeting at the park brings a new man, Isaiah, into her life. With him comes an unexpected romance that threatens to change everything. In her friend circle, Ayanna is brazen and assured of her place. Outside that circle, she's focused, introspective, but far more hesitant and unsure.

Twenty-something Isaiah (Joshua Boone) is new in town. He's moved to New York to work on fulfilling his dream of being a music producer. From the outset, Isaiah's drawn to Ayanna. His more measured approach eventually convinces her to drop her guard. Spending the day together slowly turns into a relationship that consumes their days and nights. But Isaiah's never shared himself fully with anyone. 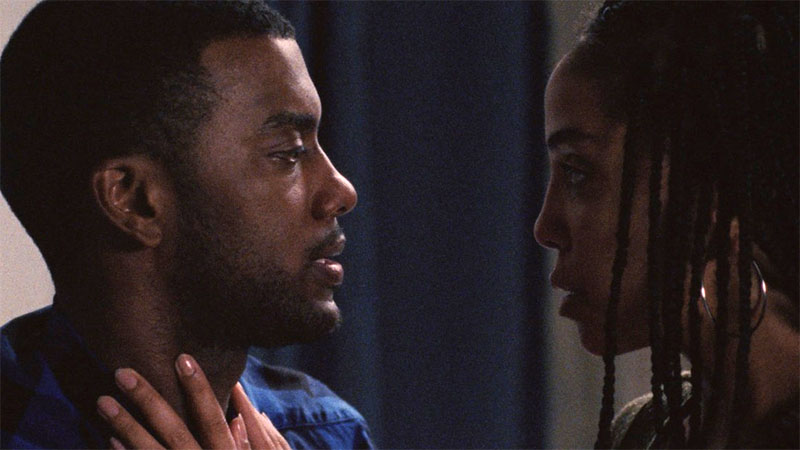 Joshua Boone and Zora Howard in Premature from IFC Films

The couple fall into their feelings with little thought about the future. So, when jealousy and conflict make room for reality to intrude, neither is ready. Shook, Isaiah pushes Ayanna away. As her relationship falls apart and her friendships are tested, Ayanna finds herself pregnant facing a difficult decision on her own.

Director Rashaad Ernest Green relies heavily on his lead to bring the literary to life. Howard, a spoken word artist, approaches Ayanna with a subtle energy that creates a portrayal of a self-contained young woman who shares her deepest feelings only in her journal. Through her words, Green establishes that she's thoughtful, self-possessed but still young. Howard created a complex and believable young Black woman. Despite being older, her energy is spot on for a woman on the cusp of adulthood.

Growing up in a single parent household, Ayanna exhibits a comfortableness with command that rubs against her mother's clear strong hand in their home. Their relationship dynamic is one atypical for film. Her mother  (Michelle Wilson) is a far more accurate depiction of Black motherhood than we usually get.

She and her daughter have a bond but their interactions aren't without strife. She loves, supports, and gives her daughter room to grow into her independence without failing to parent. This doesn't mean that Ayanna feels able to confide everything in her mother when things go sideways. Green aptly illuminates the parental expectations that apply pressure, even if never voiced, to the interactions between Ayanna and her mother.

This isn't the stereotypical presentation of mother/daughter dynamic with that undercurrent of competition the male gaze usually believes exists between even related women. Premature undermines the belief that neglectfulness and toxic flaws in mothers are what drive young women into the arms of potentially unworthy men.

Coming of Age is Always a Journey

Somewhere along the line the world became convinced Black girls spring into adulthood overnight; fully formed and ready with wisdom and grown-up know how by age 13. Hollywood thrives on paper thin depictions of the stages of maturity women in general and Black women in particular must navigate to achieve adulthood. In Premature, co-writers, Rashaad Ernest Green and Zora Howard, not only remember that the journey (and love) is a struggle, they recognize it's value.

what did I know of my heart at seventeen?...wish I'd known we were too young to live this old

Early on it's clear Ayanna's previous intimate relationships have been rushed affairs. Her unwillingness to be a just a hookup makes her wary. Her friend group is boisterous and seemingly boy-crazy. Several of these high school age girls already have children out of wedlock. They're focused on their immediate lives and needs while Ayanna's gaze is on her potential future. Their collective energy adds to the realness of this story; had Green further capitalized on these interactions, Premature could've had an added richness frequently missing from big budget portrayals of the dynamics between young Black women.

But the sights, sounds, and side conversations breath life into this world adding depth to the its already authentic-look. There's urgency, romance, passion, and pain in all their forms. Green made wise decisions that take the visual narrative in directions that focus on the aspects of loves difficulties and being a young Black woman usually ignored in the storytelling. The urgency in their passionate moments is matched by those in times of upset, pain and failure.

The chemistry between Isaiah and Ayanna is palatable and drives their developing relationship beautifully on screen. Although the story never addresses the three/four year age difference between the to. Appropriateness questions aside, the unacknowledged issue make room for conflict between not only the couple but Isiah and her friends. Age factors heavily into perspective and processing life events. Premature highlights the issue but doesn't do more than skim the surface. These missed opportunities don't make the most of the supporting cast around the pair.

Premature's Not Perfect But It Is Powerful

There's a raw simplicity to the storytelling in this independent film that perfectly frames the importance of the questions this story provokes about love, maturity, choice, and vulnerability. It goes beyond the authentic visuals that make it easy to fall into the rhythm of Green's Harlem and directly to the strength of the performances.

This imperfect story does a wonderful job of showcasing aspects of coming of age, courting, and Black love that are far more commonplace than storytelling treats them.  Premature is a fresh look at some tired tropes wrapped in beautiful words and thoughtful moments. It's touchingly honest and smart enough to leave things unresolved.