Movie Review: Once Upon A Time…In Hollywood 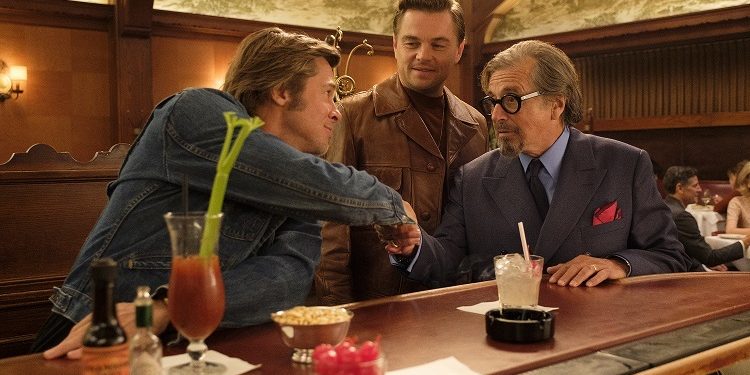 Ro8.5
In Once Upon A Time...In Hollywood, Tarantino deftly harnesses his brand of nostalgia to weave a compelling (if wholly fictitious) narrative into the fabric of a Hollywood tragedy. For the first time, Tarantino's cinematic choices (the man really does love a spaghetti western) fit snuggly hand-in-glove with iconic touchpoints in his story from beginning to end.
8.5

Once Upon A Time...In Hollywood Blurs the Line Between Fact and Fiction

Once Upon A Time...In Hollywood's set in 1969 Los Angeles. Former TV star Rick Dalton (Leonardo DiCaprio) and his faithful sidekick Cliff Booth (Brad Pitt) struggle to sustain careers in the film industry. As starring roles dry up, Dalton sees the end of his career fast approaching. As his longtime stunt double, Booth's opportunities depend on Rick continuing to work. Tarantino places this duo into the Hollywood mix with an eccentricity and humbleness that makes for a riveting story.  Dalton confronts with his loss of bankability as the art of making movies and television shows are in the midst of shifting focus. There's a vulnerability throughout that speaks to a larger struggle of identity, usefulness, having purpose, and survival. Both Dalton and Booth's journies are marked by humor, irony, angst, and booze. Lots and lots of booze.

Tarantino's obsession with actors and stunt people (and women's dirty-ass feet bottoms) is on full display. But a savvy use of real personalities - the Green Hornet backlot sequence has just the right touch of slapstick - and places orient viewers and gives this narrative a tangible depth and realness often muddled by the mid-way point of a Tarantino film. The inconsistent and disembodied narrator (Kurt Russell) sets a self-deprecating tone and sense of awareness that perfectly offsets the non-sequitur nature of the various story arcs as they vividly unfold. Tarantino deftly weaves a compelling narrative into the fabric of a Hollywood tragedy turning Once Upon A Time...In Hollywood into an evocative fairytale.

The 1960s in Los Angeles was a time of social and political upheaval. Using rotating recollections and flashbacks from Dalton and Booth, Tarantino's exposes the underbelly of a city where fame is fleeting. Dalton and Booth's story begins at this volatile intersection. They represent Tinseltown in crisis. As the studio system faced a harsh decision to adapt or die, actors like Dalton floundered to find where they fit. As Booth and Dalton move about LA, the audience gets a visual history lesson in people, places and iconic events. The more you know (or allow yourself to be pulled into this immersive story), the richer the experience and greater the intensity at pivotal moments. Eight films in, it's obvious Quentin Tarantino's brand of nostalgia finally has the perfect time and place.

Brad Pitt and Leonardo DiCaprio turn in stellar performances creating a hilariously unforgettable bromance. Their story is engaging, the acting top-level, and the moments where each character exposes their weakness, regrets, and coping mechanisms far more compelling than I expected from a flick capitalizing on a traumatized Hollywood to build its playground. The trailers for Once Upon A Time...In Hollywood don't do the film's content or the immensely enjoyable trek through Tinsletown history any justice. The final sequence is brutal - many may find it needlessly so - but this is a Tarantino film so really, what do you expect when there's a chance for mayhem? 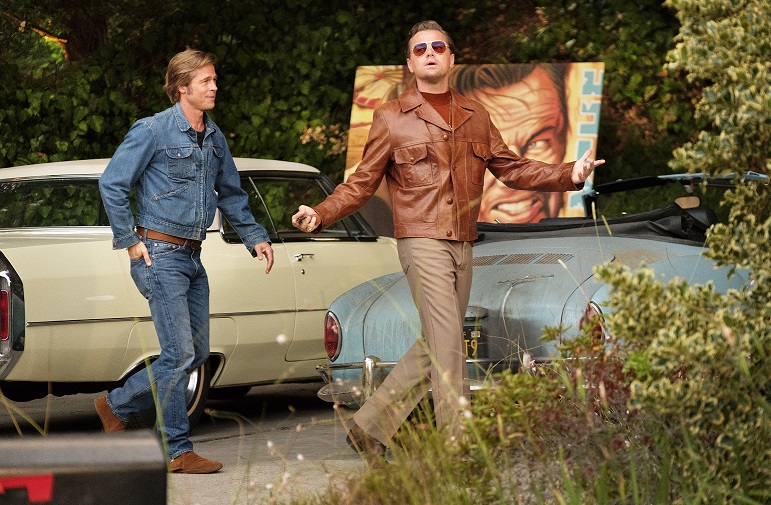 Robbie's Sharon Tate is More Than a Footnote

Once Upon A Time juxtaposes the boy's journey against a kaleidoscope of images showing off Sharon Tate (Margot Robbie) joyously living her best life. In this world according to Tarantino, Sharon Tate is the embodiment of "new Hollywood." Tarantino uses moments from Tate's life, her friendships, and industry encounters with people like Mama Cass and Steve McQueen as the flashpoint where a grittier Hollywood and glamour collide. In building his allegory, however, Tarantino assume a heavy familiarity with Sharon Tate, the Manson Family mythos and the Hollywood machine. 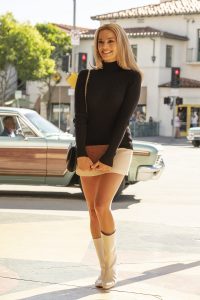 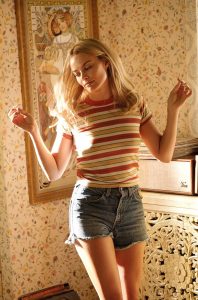 This depiction of Tate is clearly a rendering with the male gaze in mind. It is also relatively true-to-life for how women were treated in the studio system. But, it would be a mistake to disregard her importance to the narrative. There are undoubtedly moments that serve only to play into Tarantino's "quirks." Sharon Tate's life cycle, however, is what keeps Tarantino's narrative cohesive. Sharon Tate is Once Upon A Time's "godhead" rarely heard but often seen. She's an ineffable, glimmering, if unattainable, shooting star. Robbie infuses a mostly silent role with verve. She conveys more emotion than many actors accomplish with obnoxious amounts of dialogue. The most ominous moments happen in the spaces between Robbie's scenes and encounters with the Manson family members. We all know Tate's ultimate fate. Despite this not truly being her story, it's impossible not to see that the tension builds around her.

Putting Tarantino's seriously problematic self to the side, the Sharon Tate storyline sets-up a subnarrative about the (stunted) role of women in Hollywood. I doubt Tarantino intends it to be but the effect is striking nonetheless. The credit goes entirely to Margot Robbie.

As a filmmaker (and a person) Tarantino never shies away from using controversial themes or language in his films. Calling him on his tendency to indulge frequently provokes him to double down. Because that's his maturity level.

His decision to do so almost always takes away from the end-product and alienates viewers who may have otherwise enjoyed the performances. As someone who's never a fan of revising history - or pretending that white people haven't been collectively on one for years - to coddle anyone sensibilities, I understand the impulse even as I hold no respect for hiding behind "but that's how people acted/talked" to fling pejoratives at will. There a few moments of ethnic/racial "humor" in Once Upon A Time but none that don't fit the time period or the likely behavior patterns that existed. They also don't distract from the story or feel like wallowing in the muck. There something to be said for how to be impactful while staying in your wheelhouse.

This time around, it felt as though Tarantino showed some restraint. No, this doesn't mean he avoided using race-driven or sexist humor as a gag. There just seems to be an overt awareness of its problematicness. Frankly, one of my favorite moments is when DiCaprio's character gets taken to task by a young girl for how he uses pet-names while talking to her. There's very little POC involvement in this film but the reality is there was very little overt POC involvement in this aspect Hollywood. So it's apt. Which is likely how he avoids his most common dialogue pitfalls. But I don't think he should be congratulated for making an entire film without using the n-word. It's not like he shied away from violence with women at the center.

All the cinematic choices in Once Upon A Time (the man really does love a spaghetti western) fit snuggly hand-in-glove with iconic touchpoints in his story. The narrative moves in many directions without ever feeling disrupted. This is some of the best use of emotive silence I've seen in years.

Los Angeles in the 1960s had a distinct style and rhythm. Tarantino harnesses it all to create a story completely worth his level of conceit...finally.