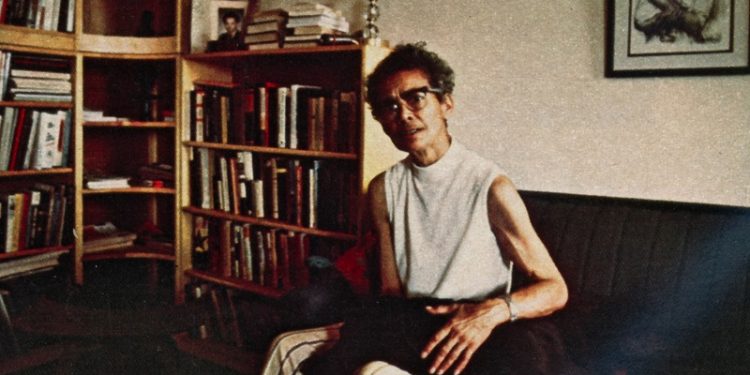 Ro9
It's past time we learned the names of (and celebrated) the elders who made the very paths to civil rights and societal change we take for granted even possible...especially when doing so dismantles prejudices crippling the Black community to this day.
9

“How can their name just be so pivotal and be one we never learn?”

Narrative control is the first (and best) line of defense to combatting change...and the powers-that-be have always known it. Never is this truth made more apparent than in the documentary, My Name is Pauli Murray. This 90 minute primer unfolds the pages of American history to explore the extraordinary life of poet, activist, lawyer, professor, and Episcopal priest.

"We live in an architecture of the world Pauli Murray built...literally"

By the end of grade school, I - like most young Black kids - knew not to look to the class lesson plan for how Black people helped shape American life. Learning about the societal and political impact by Black Americans requires copious amounts of peering into the shadowy ravines filled with the country’s neglected (and often re-written) history. Further complicating that process is the fact that the more non-traditional that person’s life, the less likely their name and contributions are to be recorded, let alone openly celebrated.

And as evidenced by the renewed pushback against initiatives to design robust, and inclusive, US History curricula, the struggle to incorporate coursework in race (and gender) relations into basic education isn’t likely to be achieved any time soon.

But it says something to realize how easy it is to take the predecessors of the celebrated leaders like Martin Luther King, Thurgood Marshall and Ruth Bader Ginsberg for granted. We assume they existed (because change doesn't happen without action) but when that influencer is the self-same Black person, Pauli Murray, it's time to investigate why their name isn't the one feted and celebrated.

"Many of the ideas that you take for granted were radical when I first proposed them..."

Directors Julie Cohen and Betsy West, put together a revelatory round of interviews, archive images and audio excerpts charting the course of not only Pauli Murray's personal life and struggles, but the astounding number of firsts in a lifelong journey challenging prejudice and inequality.

Early on, Murray's great-niece and executrix Karen Rouse Ross, shared, "I knew she had been a lawyer but she never mentioned any of her accomplishments..." and that sitting down to settle Murray's estate cracked open the door on a wealth of historical papers well worth of being housed in Schlesinger Library at Harvard University in accordance with Murray's final wishes.

This documentary is at once an intimate sharing and vibrant testimonial of a person so far ahead of their time, we've barely begun to catch up in 2021.

Born in 1910, Anna Pauline Murray learned early that conforming to the status quo wasn't in the cards. Nurtured, both intellectually and emotionally, with love by family, Murray grew into their strength and convictions. From negotiating to wear pants every day but Sunday to traveling across the country during the Depression as an androgynous youth and answering to "the Dude", Murray lived a life challenging arbitrary boundaries. In court and in life.

15 years before Rosa Parks was too tired to move in Montgomery, Alabama, Pauli Murray refused to move on a bus in Virginia and challenged Jim Crow in a court of law. Before Martin Luther King took Robert Kennedy on a tour of the South, Pauli Murray exchanged personal correspondence with First Lady Eleanor Roosevelt.

Why bury a gender equality and civil rights visionary?

It's impossible to do Pauli Murray justice; but 'My Name Pauli Murray' offers a well-developed, and even-handed, map to navigating a rich life, student activists' in the 60s described as "walking history." It's hopeful, educational, and highly engaging.

But the truly absorbing, and often heartbreaking, portion of this doc lies in walking through Murray's personal struggles of the self. Pauli Murray is a queer, gender non-conforming Black person.

With respect and exquisite care, Murray's efforts to reconcile their self-image, sexual preferences, and gender identity take center stage. This intensely circumspect person offered so much more to the world, in death, by sharing their private life as a means to understanding their multifaceted pursuit of freedom.

From there, however, it's not difficult to infer the reasons many historians have shied away from lauding Murray for the revolutionary icon they are. The Black community likes "uncomplicated" heroes.

But, thanks to the efforts of historians like Patricia Bell Scott and Rosalind Rosenberg and Brittney Cooper and many others that erasure is ending.

Pauli Murry is owed and it's past time they began to collect. I can't overstate the importance of watching this documentary. Go, learn things and then share them.