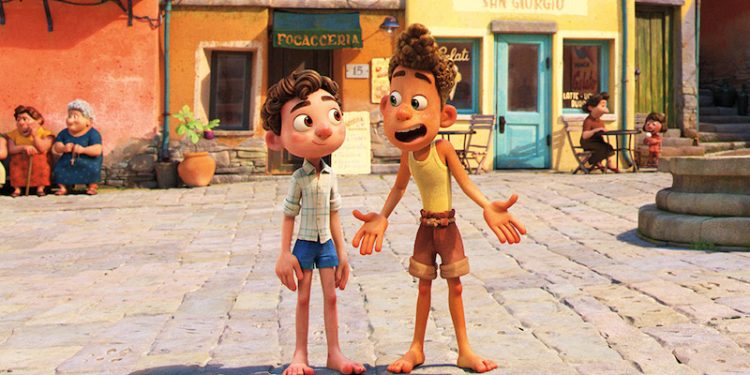 Overall, Luca is a fine film. It has mostly what one would expect from a Pixar film. The animation looks as sharp as ever. There's a message that's aimed at kids trying to navigate the world in front of them. And there is the classic Pixar humor. But even with all that, Luca just feels boring and predictable.

Luca is a film that feels like it's on cruise control for 90 minutes. It does what it's supposed to do but at the same time leaves a lot of gaps that should have been filled in the story. Even worse, there are story choices with the characters, particularly Giulia that will leave anyone over the age of 10 scratching their heads. It's 2021, sacrificing the story and growth of a female character for that of two young male characters is really unforgivable at this point. Especially when it's unnecessary.

There are a lot of story choice in Luca that just don't make sense. Yes, this film is aimed at children. But there's a level of expectation and quality that we've come to expect from Pixar that includes tackling tough issues in a manner that's digestible by children but also relatable to adults. There are times in this film where it feels that the story just decides to "not go there" and the result is a story that just falls flat. It's funny. Disney & Pixar have no problem killing off parents but somehow find explaining that a father just abandoned his child with no backtory, in an info dump is all they needed to do here. It's very odd and unfulfilling.

Maya Rudolph and Jim Gaffigan work well as part of the voice cast here but even they can't save this film. Hopefully the next Pixar film will get us back on track.