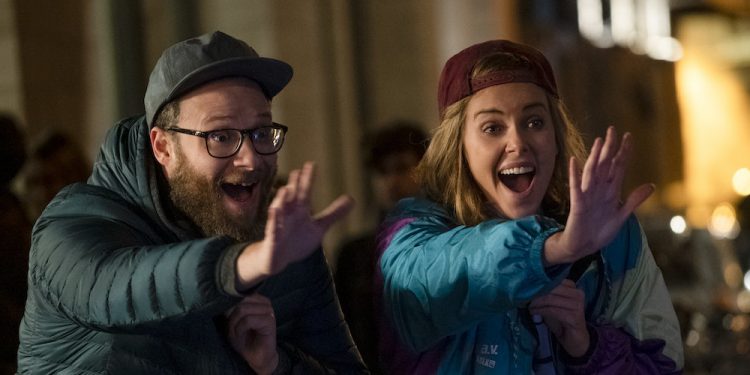 Kriss9
Ro9
Brandon9
This film is surprisingly good. It's funny and nuanced and doesn't sacrifice the growth of the lead female character to satisfy male fantasy. Theron & Rogen are great together and this romantic comedy is well worth checking out
9

Quick moment of silence for all the films brave enough to take on Avengers Endgame's second weekend at the box-office.

*Thanos Voice* I hope they remember you.

Now with that out of the way, we have to say Long Shot starring Charlize Theron and Seth Rogen is actually a pretty good comedy. The trailers for this film don't do it justice as they make it seem like just another dudebro fantasy film about a man who gets to romance the woman of his dreams whose league he is nowhere near. The trailers make this seem like all the other movies we've seen like it. But Long Shot isn't that film. Thanks should probably go to Theron and writer Liz Hannah for making sure Theron's character Charlotte Field has her own agency and that her character growth isn't centered on propping up Fred Flarsky (Seth Rogen).

Long Shot is probably going to get slaughtered at the box-office this weekend but that doesn't mean it's not worth checking out.