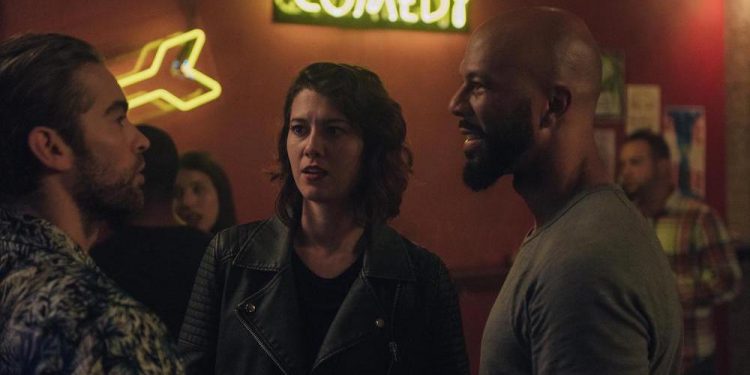 Kriss, Brandon and Ro review All About Nina starring Mary Elizabeth Winstead and Common. A scene with Common eating Mary Elizabeth Winstead's ass can't save this film. This film is a mess, both in terms of the character in the film and the film itself. This film should be a lot better than it is but it feels like the film has no real ending. The character of Nina is pretty terrible to the people around her and self destructive and as soon as you find out why, the film pretty much ends with no real resolve. Throw in Common who (still can't act) plays the "understanding, non-threatening black guy" and the film is just problematic.

Nina Geld (Winstead) is a bracingly funny and blisteringly provocative stand-up comedian whose career is taking off, but whose personal life is a near-complete disaster. To escape a difficult ex and to prepare for a prospectively life-changing audition, Nina flees to Los Angeles where she meets Rafe (Common), who challenges almost every preconception she has -- including those around her own deeply troubled past.