The Movement for Black Lives is the Political Revolution We Need 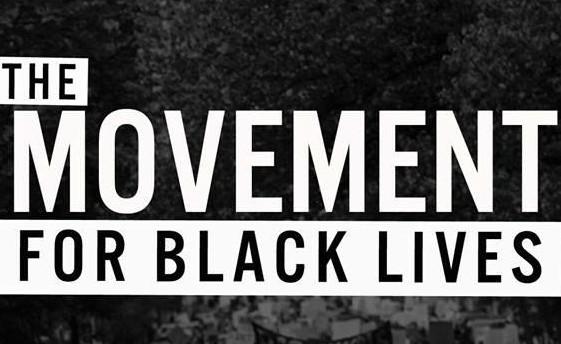 We believe in elevating the experiences and leadership of the most marginalized Black people, including but not limited to those who are women, queer, trans, femmes, gender nonconforming, Muslim, formerly and currently incarcerated, cash poor and working class, differently-abled, undocumented, and immigrant. We are intentional about amplifying the particular experience of state and gendered violence that Black queer, trans, gender nonconforming, women and intersex people face. There can be no liberation for all Black people if we do not center and fight for those who have been marginalized. It is our hope that by working together to create and amplify a shared agenda, we can continue to move towards a world in which the full humanity and dignity of all people is recognized. - The Movement for Black Lives

Much has been made over the past few years about so called “political revolutions”. Occupy Wall St. and Bernie Sanders’ failed Presidential campaign were both heralded as revolutions, movements that would change the way social and political issues were seen and addressed in this country. The reality of the situation is that these “revolutions” have contained a leadership that was majority white and male and sought to address the issues that were most prominent to that demographic. These mostly white male leaders believed that addressing issues that mostly affect white males would mean a trickle down in terms of social justice. This can easily be summed up in “If I get what I want, then you can get what you want”.

While these “revolutions” were surfacing, there was one (or many) that were already ongoing. A movement that centered those who are the most vulnerable in our system, not those with the most privilege working to ensure they have more. Conveniently, this revolution was ignored when people spoke of “revolutions” for the very reason that it challenged the white supremacist structure that America has been built on and that other “revolutions” sought to use for their benefit.

The Movement for Black Lives itself (along with many of the organizations that comprise it) was born out the 2014 shooting of Michael Brown by a Ferguson, Missouri police officer and the community protests and demonstrations that followed. Ferguson was a turning point. The point where frustrations from struggling for many decades to make America recognize the challenges that people of color faced in regards to police terrorism, brutality and murder in their communities boiled over. At this point the black community said, “no more”. They rose up in an effort to not just bring awareness to the disparate treatment that is being black in America, but to actually take action and change a system that was never meant to provide justice to marginalized communities to begin with. Many organizations were spawned from the injustice that occurred in Ferguson, and many of those organization went on to form The Movement for Black Lives coalition to continue the work.

“A Vision for Black Lives” is the result of over a year of collaboration between over 70 black-led organizations working to change policies that affect the black community in areas such as police brutality, immigration, LGBTQ rights, criminal justice, and education, just to name a few. Involving so many different organizations that work in so many different aspects of what ails the black community showed a commitment to not just address the issues that are at the surface in the community, but to drill down and truly create a comprehensive plan for liberation in many different ways. This is true coalition building. This is doing the hard work necessary to address the issues of an entire community, not just those deemed worthy of attention. Among the organizations involved in crafting this plan were: Dream Defenders, Black Youth Project 100, Color of Change, Million Hoodies, and many many more. In addition, many experts in their respective fields contributed to the crafting of the policies surrounding each demand, helping to show the current negative impact of the policies and how the demands can be used to create change.

The demands are broken into six sections: end the war on black people, reparations, invest-divest, economic justice, community control, and political power. Each of the sections has a brief overview of the problem, lays out solutions to the stated problems at the federal, state and local levels, provides model legislation, resources, and a list of organizations working to address the issues on the federal, state and local levels. “The Vision for Black Lives”, is a true plan for grasping political power in America.

“A Vision for Black Lives” is a crystal clear vision for the future of the black rights movement; a game plan that spells out this movement’s course of attack going forward. Silenced will be the naysayers who believe that the movement has not provided a list of demands. Occupy Wall St. never put forth a detailed plan for their revolution, neither did Bernie Sanders’ supporters. The Movement for Black Lives has.

Since it’s formation, The Movement for Black Lives has been providing a master course in organizing and movement-building since the coalition was formed. And that continues with how they look at “A Vision for Black Lives”, acknowledging that this platform is “... not a perfect document” but that it “catches the visions and aspirations” of those organizations doing the necessary work in their communities. This is a solid political force, a true revolution. All others should take note.