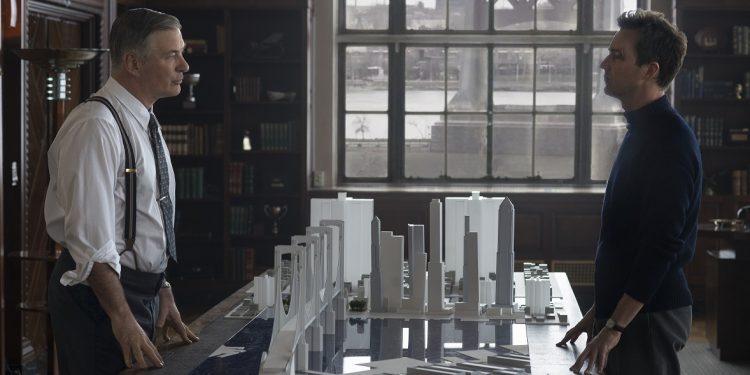 Brandon0
Ro6
Motherless Brooklyn is a good movie that too often forgets it's not just about the character study when it comes to crime solving.
3

Motherless Brooklyn is a vintage private eye story with pitch perfect 1950s vintage look and feel; the story, however, falls slightly short of the mark. Based on the novel of the same name by Jonathan Lethem, writer/director Edward Norton breathes life into what easily could've been stock crime novel characters. Ro and Brandon both felt a more streamline story and judicious use of the gumshoe voice-over by Norton would've made for a far more engaging and tension-riddled film.

Instead, Motherless Brooklyn feels bloated and occasionally too detached. Set in 1957 Motherless follows junior detective Lionel Essrog as he commits himself to unraveling the case that led to the death of his friend and mentor, Frank Minna (Bruce Willis). Lionel is an focused, talented, obsessive-compulsive investigator with Tourette syndrome. His condition(s) presented in the film - with ingenuity that works to treat his behavior as his normal - is both a blessing and a curse. Essrog's unique perspective allows him to work his way through a myriad of an ever twisted mystery to a secret that implicates the city's most powerful man, Moses Randolph (Alec Baldwin). Baldwin's Randolph is gritty, compelling and disturbing. Had Norton decided to focus on showing the story more than "telling" the story, all the pay-off would've been huge. Instead there's an scattered focus and uneven attention to detail..which is ironic given Essrog's particular struggles.

Motherless Brooklyn is a good movie that too often forgets it's not just about the character study when it comes to crime solving.

Ro's enjoyment of Motherless Brooklyn is rooted in the use of jazz music and an abnormal attachment to noir flicks in general and PI stories specifically. Brandon found the story's messiness and flaws far more irritating. Both agree the individual actors gave stellar performances even if the whole fails to gel. One thing's for sure, Ro will be picking up the vinyl when it becomes available in December.

Listen to Ro and Brandon dig into Motherless Brooklyn in the spoiler-free chat.