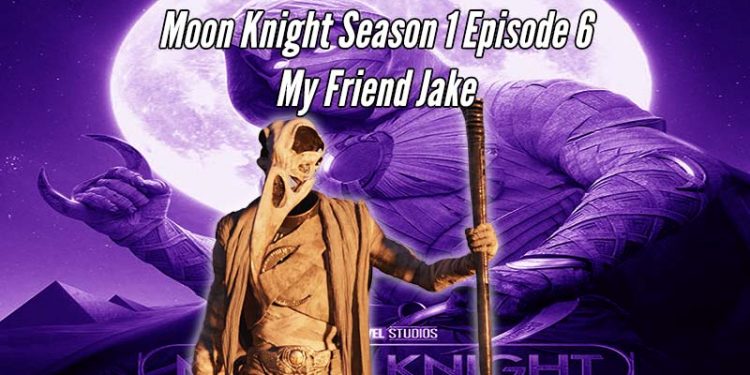 One thing fans need to realize with these Disney+ series is that even if some are only mini-series, they're never meant to be the end of the story when the season/series comes to a close but a beginning. And the finale of Moon Knight clearly shows that. Marvel has listed episode 6 now as a season finale instead of series finale. But will there be another season? Who knows. But what we do know is that what they did with the characters here is clearly meant to carry on. From turning Layla into the Scarlet Scarab to revealing Jake Lockley in the after credit scene, it's very clear that the is more to these characters that Marvel is planning on continuing on with.

This entire series has been nothing but character studies. Even Khonshu vs Ammit is a battle of philosophies and extremes (and both maybe wrong). It's truly amazing what Marvel does in only 6 episodes but it's also worth noting that because they have so many avenues to revisit these characters on screen, it's really a cheat code. They don't have to tell a whole, complete story because they always have the option of spreading it out into additional movies and TV series. Moon Knight is definitely one of their more unique offerings. It helps to have someone like Oscar Isaac who has such great chemistry with himself (lol).